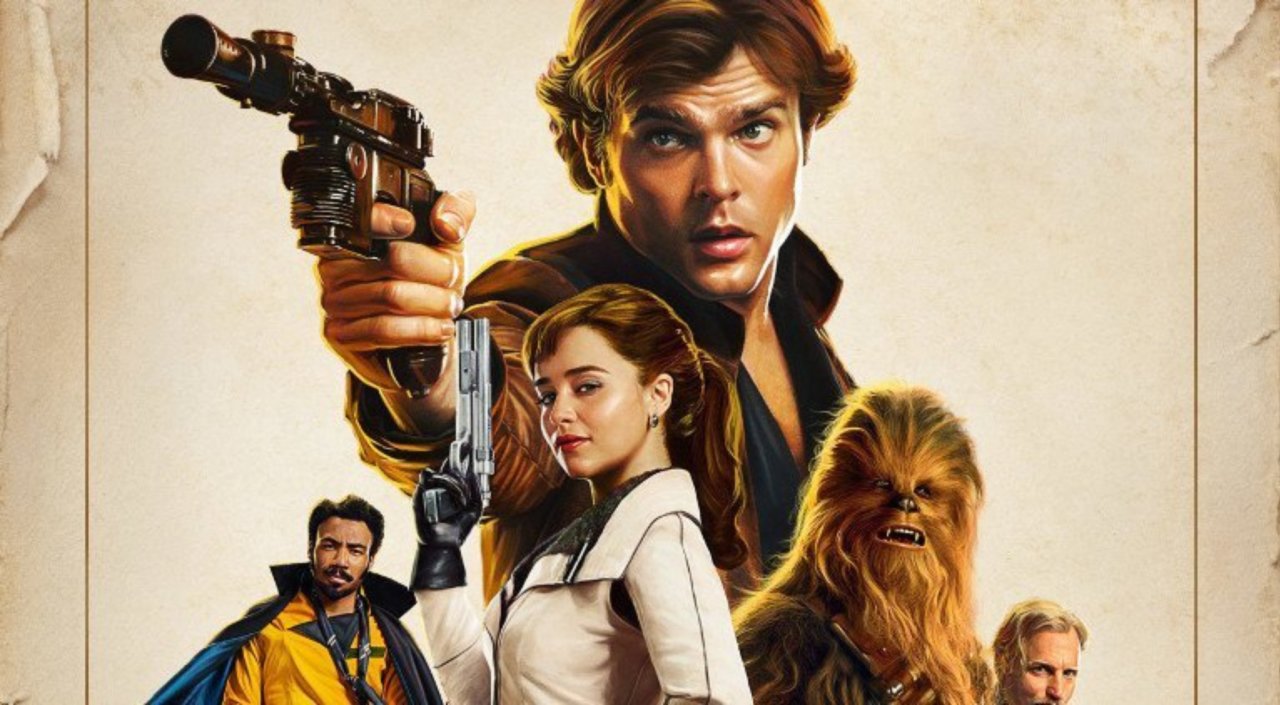 The Force wasn’t as strong as expected this Memorial Day weekend. Solo: A Star Wars Story opened to an estimated $84.8 million over the three-day weekend. Including Memorial Day, Solo stands at $103 million after four days in theaters.

Outside of the 2008 animated Star Wars: The Clone Wars film, Solo became the franchise’s worst opener since Attack of the Clones in 2002. Clones debuted with $80 million, which would translate to $126.2 million today. Since Disney took the reins of Star Wars, Solo became the first film to return to the franchise’s May roots. The Force Awakens, Rogue One and The Last Jedi all boasted opening over $150 million in the month of December. The two saga films even blew through the $200 million milestone. So what caused such a low opening? Memorial Day weekend? Backlash from The Last Jedi? Or the fact that Solo wasn’t considered a “must-see Star Wars event” like the rest of the films. That’s all up for interpretation at this point. Granted, Solo only scored a 70% on Rotten Tomatoes (around the same as the prequels) and an A- on CinemaScore. If Solo can hold on in the coming weeks, we may be looking at a finish somewhere between $230-250 million.

After one weekend on top, Deadpool 2 fell 65.4% in its second weekend. The Merc with a Mouth grossed another $43.5 million for Fox and around $55 million (including Memorial Day). That’s a much harder drop than the original’s 57.4% back in 2016. Part of that would be direct competition from Solo and immediate loss of its IMAX screeens. Infinity War can relate from last weekend. With $219.7 million after 11 days in theaters, Deadpool 2 may struggle to crack $300 million. It will definitely need sub-50% drops from here on out. The next two weekends will be a deciding factor how much more Deadpool 2 will rake in.

In its fifth outing, Marvel Studios’ Avengers: Infinity War dropped to third, making another $17.4 million. Solo hurt the superhero film a bit less than Deadpool 2 did a week ago. Infinity War declined only 40.8% this weekend. Adding in Monday’s gross, Infinity War made about $21.2 million over the four-day weekend. Its $626.4 million total helped push it over both Star Wars: The Last Jedi ($620.2 million) and The Avengers ($623.4 million). If Infinity War continues to play like The Avengers and Jurassic World, $670 million is surely possible. That will still fall short of dethroning Black Panther ($698.7 million), but enough to top Jurassic World ($652.3 million) and Titanic ($659.4 million). Like Solo and Deadpool 2, Infinity War’s finish is hinging on the next two dead weekends ahead.

Book Club had the strongest holdover this weekend as it claimed the fourth place spot. That’s outside of limited indie releases, RBG (+0.6%) and Disobedience (-19.7%). Down 25.8% from last weekend, Book Club grossed another $10 million in its second weekend. Over the extended frame, we’re looking at a solid $12.5 million. With $34.9 million in the bank after 11 days, there’s a good chance Book Club may outgross other May flicks such as Overboard and Life of the Party. A leggy run may push the star-studded film over $50 million domestically.

Life of the Party rounded out the charts this Memorial Day weekend. The Melissa McCarthy comedy managed to stabilize, dipping 29.8% from its sophomore frame. Over the three-day weekend, Life of the Party pulled in $5.3 million. Factoring in Monday’s cume, Life of the Party made $6.9 million over the long weekend. At this rate, McCarthy will pass her 2014 comedy, St. Vincent ($44.1 million). However, a finish under $50 million seems probable.