For February, Horror Thursdays are featuring Hollywood horror films directed by women and also spotlighting independent filmmakers who are women as part of “Women in Horror Recognition Month”. In the first episode for the month, Mark “The Movieman” put a spotlight on director/writer/actress Claire “Fluff” Llewellyn. She has worked on numerous films in front of the camera and has recently been doing work behind the camera. Claire was kind enough to answer a few questions Mark recently sent her.

1. You have done quite a bit of work in front of the camera; what made you want to get behind the camera to write and direct?

Well, I started writing creatively at a young age. At primary school, [5 – 11], we were encouraged to write verses in the holiday cards we made, & I enjoyed learning & reading about creative uses of the English language. I progressed into lyrics, & stories; fantasy & expression is invaluable to an angst ridden teen! Lol.

I digress; the roles I was getting as an actress were not broadening my range, & seemed very one-dimensional. As I met more Indie filmmakers, I realized that I could get my own team together, write my own scripts, & therefore play some more substantial characters. [BTW – I don’t always get the lead! Lol]

As far as directing goes, that is my weakest link. I know the look I want for locations, & the emotion I want from my actors, but I’m a bit clueless as how to best capture it on film. That’s where Chris comes in! I tell him what I want, then yell at him for not reading the script!!!!

2. As an actress, writer and director, what kind of challenges have you faced, as a woman, working in the independent scene?

As an actress working in the Indie scene, you really need to fit a certain ‘look’. It’s incredibly sexist & objectifying. The ‘piggish’ attitude of some of the male directors definitely doesn’t help. They are catering largely to an audience of their ‘peers’, & it’s a proven fact that sex sells! But have some respect for your talent, & for your audience too for that matter!

If you don’t fit the mould of the current trending ‘sex bomb’, & you’re not willing to get ‘yer kit off’!, then there are few roles out there. It can be quite a blow to a girl’s ego!  [Of course there are always exceptions, notice I emphasized ‘some’ male directors above, before you get your jockstraps in a twist! Lol.]

As for being a female writer & director, well no-one pays attention to the writers in the first place!, & it’s usually assumed that you don’t know how to direct, which in my case is true! Lol. It is also assumed that your film will either have some pro-feminist plot with some pms’ing psycho wailing on guys’ junk, or fluffy kittens & romance! – which is never the case! [The former, however …. Well, revenge is sexy! Lol 😉 ] [We won’t mention ‘sparkly vampires’!!!!]

3. Women in Horror month spotlights and celebrates females involved in the genre.  How do you think this helps women in the industry?

It definitely brings attention to these women, & showcases what they have to offer. It gets them the exposure they may not have been able to gain by themselves & gives them a sense of community.

However, I feel that it’s a great shame that our society insists on ‘pigeonholing’ everyone. Art should speak for itself, not be judged by the gender, race, orientation etc etc of the creator!

4. You are originally from England.  Is independent horror popular in the UK?

Certainly more so now that when I left in 2004. However, It’s hard for me to really comment as my career path back then was in music. Working in movies was not on my radar until I stumbled into it around 2007 in USA.

5. In Director’s Cut, the main character is one of the sleaziest and most temperamental film directors I have seen on screen.  What is the story behind the creation of character?

Hmmm, did I mention ‘piggish’ male directors? LOL, Yeah. In my naiveté, I had the misfortune of working with such! The character of the director ‘Damon Ingmar J’ackov’, is a representation of the experience, with a few artistic ‘liberties’ thrown in! lol. [Didn’t I say revenge was sexy  😉 …?  Lmao.]

For more details on the film, visit the facebook page: https://www.facebook.com/Directorscutshort

6. Tell us a bit about The Library web series project you are currently putting together.

‘The Library’ is a web series akin to ‘Night Gallery’ with a theme of ‘tales of consequence’! Each episode is written/directed & filmed independently by a different filmmaker. I shall then be giving each episode the ‘Bloody Brit’ treatment, & adding an introduction by myself as the ‘Librarian’.

It will air online early this summer as a pay-per-view per episode, so the filmmakers can benefit from their hard work.

We are looking for a new venue at the moment as unfortunately we lost another local classic theatre to closure. As soon as we find somewhere suitable, we will be open for submissions.

We never know what we’re going to get, as it’s open to a broad range of ‘Insane’ shorts. We only screen shorts to give visibility to these otherwise hard to market, but essential, little nuggets of film. The variety last year kept everyone entertained.

You can keep up with news on our facebook page: www.facebook.com/shortbusfilmfest 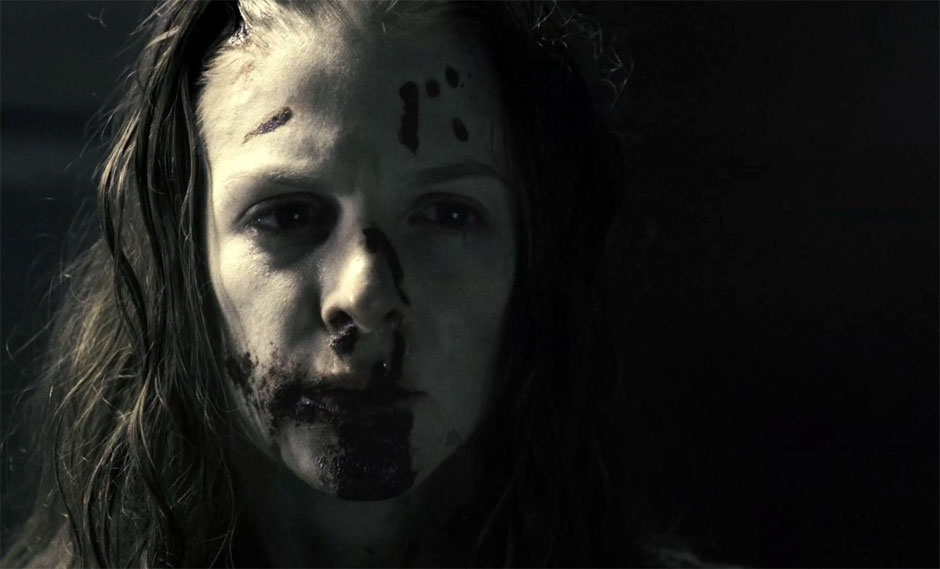 For February, Horror Thursdays are featuring Hollywood horror films directed by women and also spotlighting independent filmmakers who are women as part of "Women in Horror Recognition Month". In the first episode for the month, Mark "The...
0
Average User Rating
0 votes
Please sign in to rate.