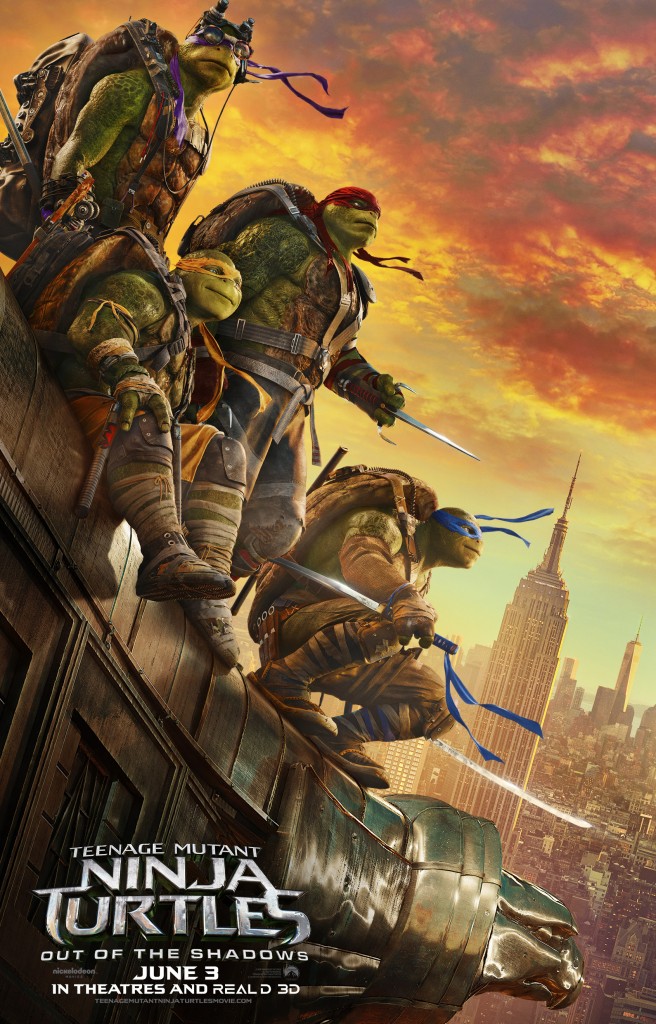 The newest trailer for the Teenage Mutant Ninja Turtles: Out of the Shadows trailer has dropped. A lot of the buzz for this film comes not from the Turtles themselves, but from fans getting to see Arrow’s Stephen Amell as Casey Jones. Stephen has been promoting and discussing his excitement about the movie on his Facebook for a very long time. He has gotten a lot of his fans excited, especially when showing up at the MTV Movie Awards to introduce the category for Best Kiss.

TMNT 2’s story is described by Paramount as: Michelangelo, Donatello, Leonardo, and Raphael return to theaters this summer to battle bigger, badder villains, alongsideApril O’Neil (Megan Fox), Vern Fenwick (Will Arnett), and a newcomer: the hockey-masked vigilante Casey Jones (Stephen Amell). After supervillain Shredder escapes custody, he joins forces with mad scientist Baxter Stockman (Tyler Perry) and two dimwitted henchmen, Bebop (Gary Anthony Williams) and Rocksteady (WWE Superstar Stephen “Sheamus” Farrelly), to unleash a diabolical plan to take over the world. As the Turtles prepare to take on Shredder and his new crew, they find themselves facing an even greater evil with similar intentions: the notorious Krang. 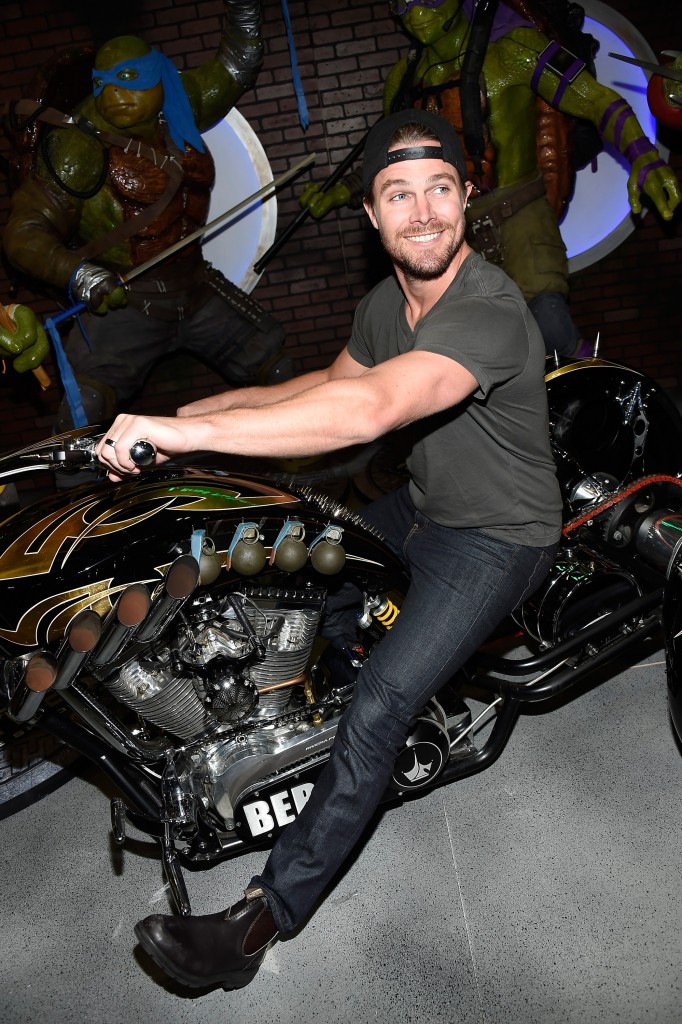 The film is set to release on June 3, 2016. The last installment of the franchise, garnered a 5.9 on IMDB, grossed $191.2 million in North America and $302.1 million in other countries for a worldwide total of $493.3 million, against a budget of $125 million. A lot of people really hated or really liked the film. The film was nominated for 5 Razzie Awards and won one of those. They included Worst Picture, Worst Prequel, Worst Director, Worst Screenplay and the winner for Worst Supporting Actress for Miss Megan Fox.

Here is hoping that the addition of Stephen Amell and the new director Dave Green will make for a much better second installment.

New TMNT Trailer Drops   The newest trailer for the Teenage Mutant Ninja Turtles: Out of the Shadows trailer has dropped. A lot of the buzz for this film comes not from the Turtles themselves, but from fans getting to see A...
0
Average User Rating
0 votes
Please sign in to rate.