‘Logan’ Slices and Dices Alongside Best of X-Men Films

It’s been a few weeks to fully absorb Logan. For many fans of Hugh Jackman and the Wolverine character, it was an emotional goodbye. We’ve been alongside Jackman’s iteration for nearly 17 years. And yes, there’s been great moments, some bad and some that nearly killed the franchise.

While we’ve finally reached some closure, there’s no denying that Logan is one of the superior films in the X-Men universe. The film is certainly one-of-a-kind, treading new ground for the 10-film universe. But where does it belong with my personal favorites of the franchise?

Below I’ll be breaking down my top 5 films of the X-Men universe. 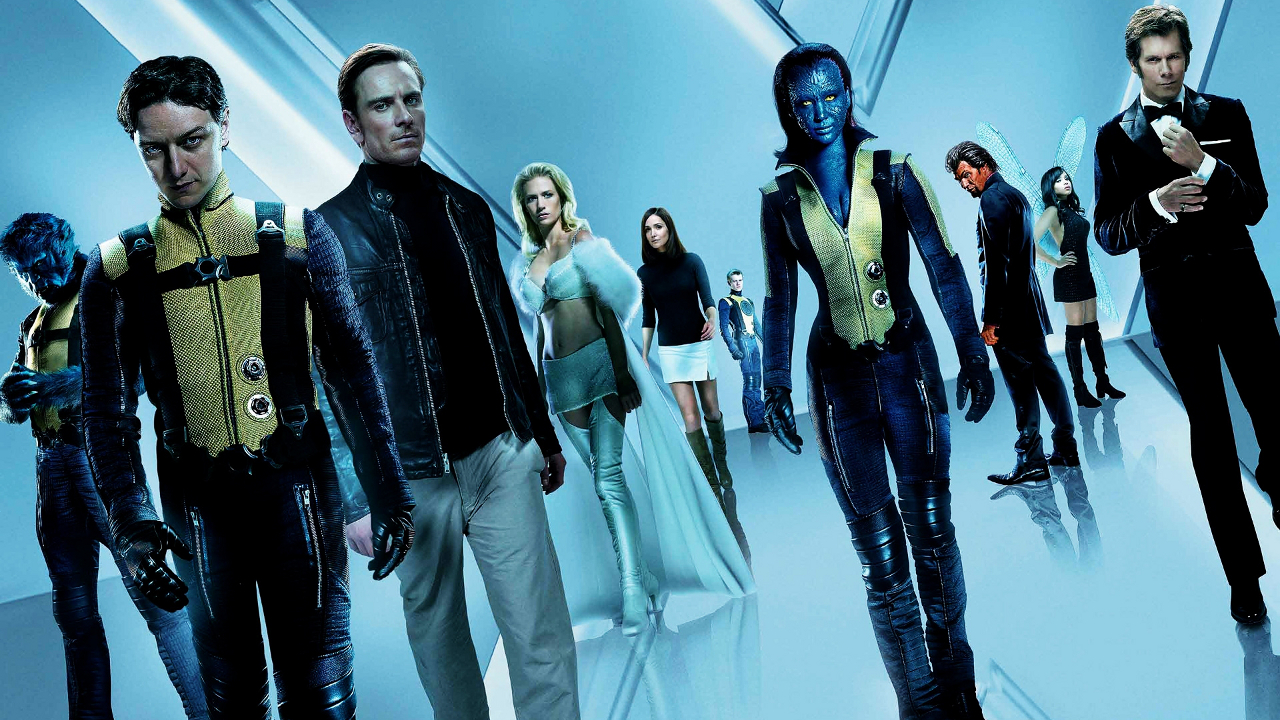 Remember the dark days from 2006 to 2010? The once-fantastic X-Men franchise fell so hard from grace, we thought there was no chance the franchise could rebound. Back-to-back duds as X-Men: The Last Stand and X-Men Origins: Wolverine were stains on the superhero genre. And with the Marvel Cinematic Universe in its infancy and Christopher Nolan’s The Dark Knight Trilogy dominating, X-Men was losing traction.

Enter X-Men: First Class. Yes, a prequel that actually hangs with its predecessors. Cough. Star Wars. The Hobbit. Cough. James McAvoy and Michael Fassbender were stellar counterparts to Patrick Stewart and Sir Ian McKellen respectively. Director Matthew Vaughn (Kingsman: The Secret Service) was also a worthy successor to franchise helmer, Bryan Singer, who temporarily jumped ship for Superman Returns. First Class didn’t exactly have the best line-up of heroes – Havok, Banshee, Darwin for starters. But we did welcome Jennifer Lawrence as Mystique and Nicholas Hoult as Beast to make up for it. First Class clearly brought a slowly dying franchise back to life. 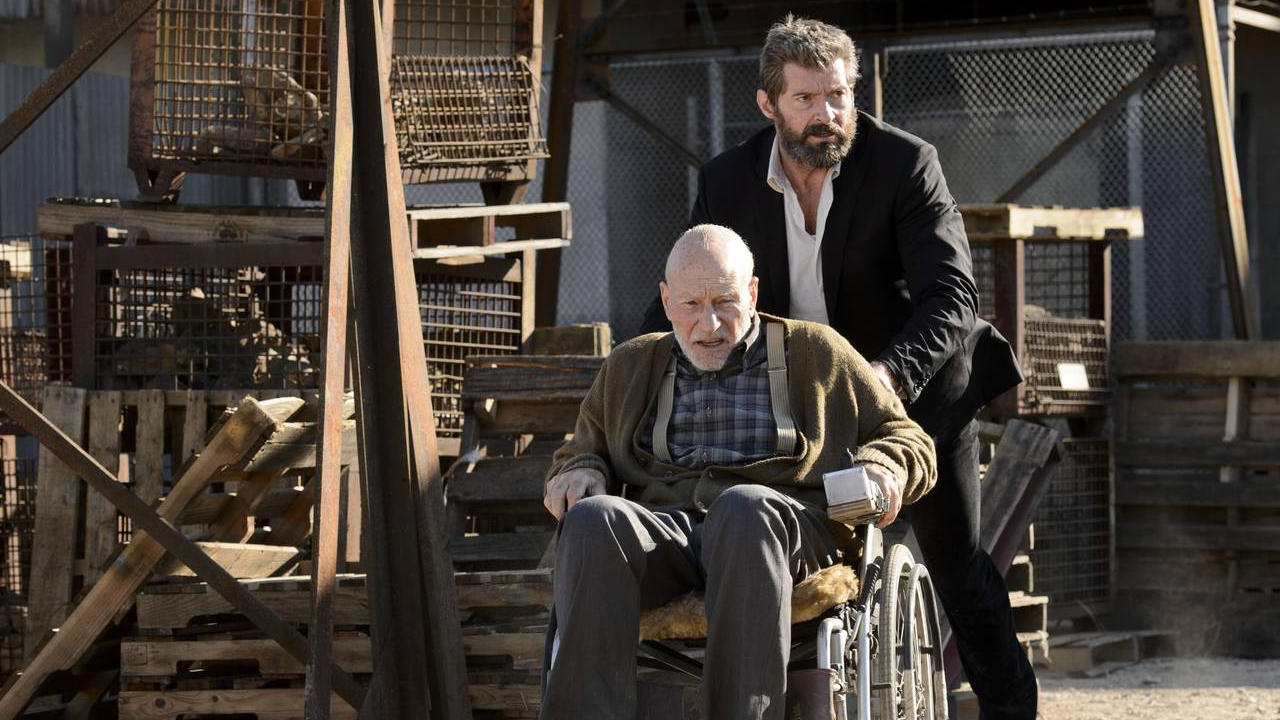 Hugh Jackman’s swan song as the adamantium-clad hero has been the talk of Hollywood the past few weeks. Like a certain spin-off later on the list, Logan went places we would never expect from the X-Men universe. Those familiar with the comics know that to capture Wolverine’s full potential, he deserves that R-rating. He’s a killing machine. The previous installments have given plenty of memorable kills, but there was always that sense of Fox holding back. Deadpool proved last year that there’s a market for R-rated superhero films.

Jackman went with a bang in Logan. And unlike the 2006 film, this is without a shadow of a doubt, his last stand. Patrick Stewart gives a heartbreaking performance as Professor Charles Xavier, who’s losing his grip with reality. And Dafne Keen is a scene-stealer as the quiet, yet deadly X-23. The world of Logan may seem bleak and post-apocalyptic, but opens the door to new opportunities for the franchise. How about that X-23 movie? Full Review 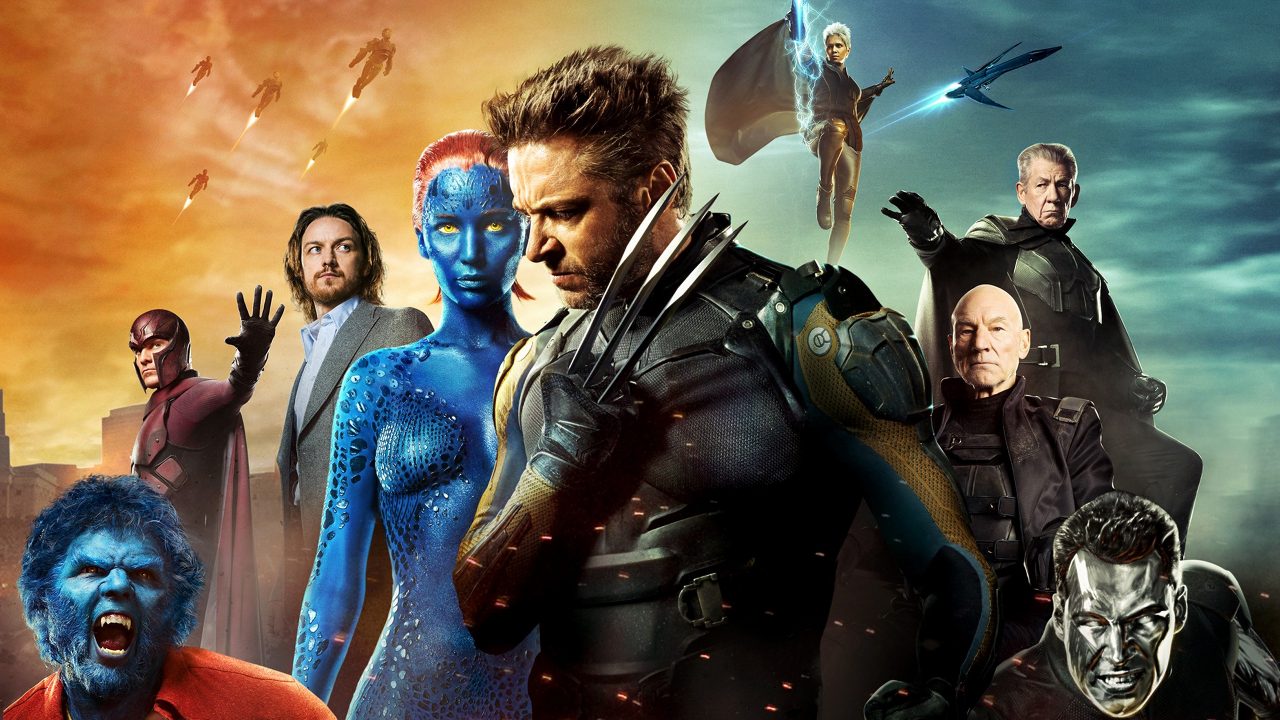 While X-Men: First Class got the ball rolling again for the franchise, it took Bryan Singer’s triumphant return to match the glory days. X-Men: Days of Future Past was the best of both worlds. The old cast and new cast merged together in a brilliant time-travel adventure back to 1973. With Singer back at the helm, The Last Stand and Origins don’t exist in this new timeline. That’s always a plus. But we also lose X-Men and X2.

And by rewriting the future, the X-Men franchise isn’t so constrained by the events of previous installments. At first glance, Days of Future Past makes the timelines a bit messy for the casual viewer. Thankfully, continuity is more locked down than in say the Terminator series. Days of Future Past also introduces Quicksilver (Evan Peters), who’s become a fan-favorite in both this film and the lackluster X-Men: Apocalypse. Just like with 2012’s Dredd, slo-mo’s been done way right. The extended “Rogue Cut” improves upon the film, adding Anna Paquin’s character back into the fold. Full Review 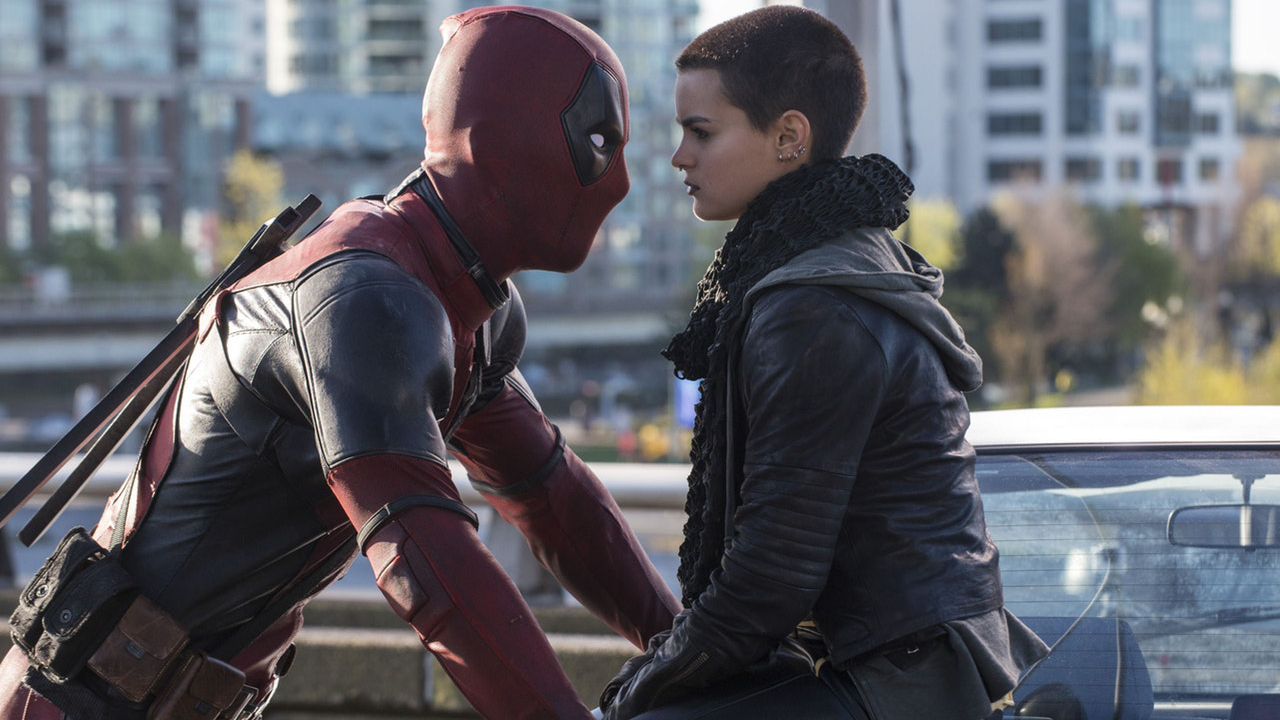 Holy chimichangas! Deadpool, like Logan is undeniably the most unorthodox film of the X-Men universe. Like that’s a bad thing either? Foul-mouthed and guns blazing, Deadpool broke the mold for future superhero films. As mentioned before, who would’ve expected this chimichanga-loving hero to shatter records left and right. There clearly is an audience for a more adult superhero film. While Watchmen was successful in 2009, it was still playing more to a niche audience.

The story here is Ryan Reynolds, who finally got his due after X-Men Origins: Wolverine and Green Lantern. Do we really need to bring those two up? He brought the “Merc with a Mouth” to life with spot-on humor and charisma that’s hard to come by nowadays in the genre. Deadpool does keep to a by-the-numbers revenge story. Though upon multiple viewings, it’s more forgivable when the script plays to its comedic strengths. There’s too many memorable moments from the wannabe Honest Trailers intro to murdering a minion via zamboni. And with the latest No Good Deed short tagged with Logan, we know there’s more greatness well on the way. 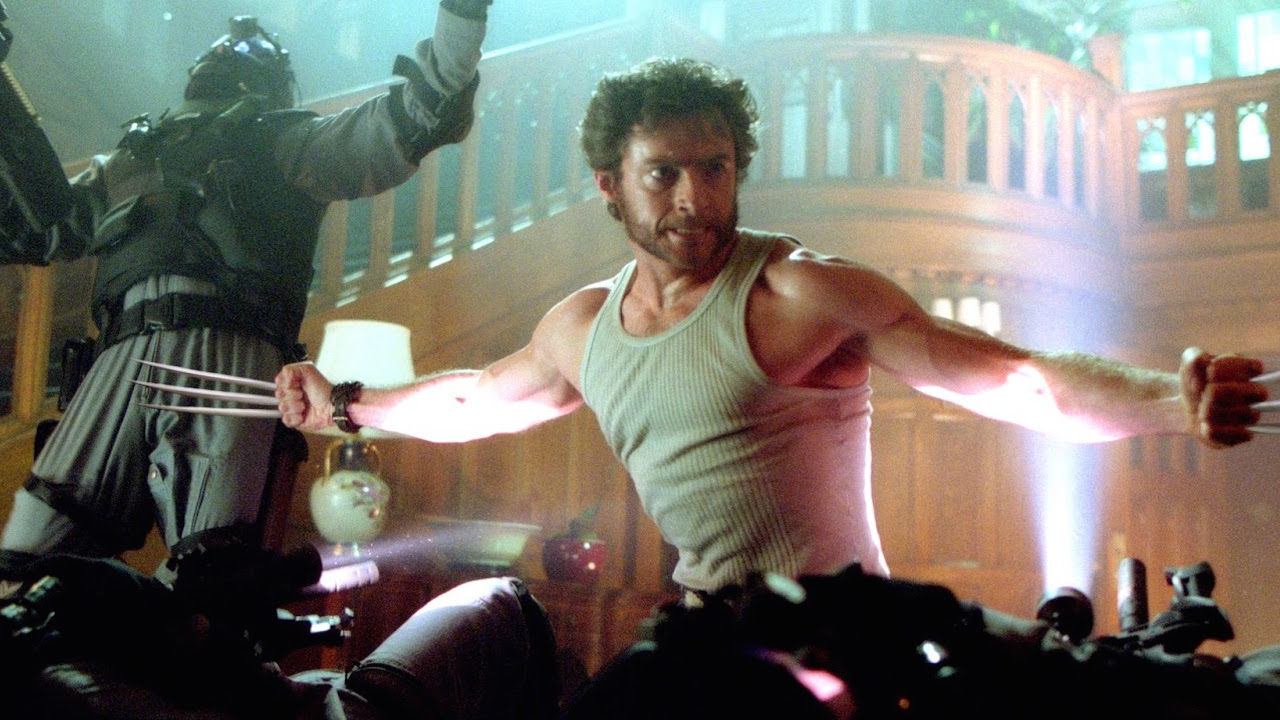 It’s been nearly 14 years and no film in the X-Men universe has been able to dethrone X2. Ever since the first teaser with The Lord of the Rings: The Two Towers, I knew X2 was going to be something special. The 2003 sequel can stand toe-to-toe with other sequels such as Spider-Man 2, The Dark Knight and Captain America: The Winter Soldier. And it set that high bar first. X2 examines the uneasy relations between mutants and humans. It tackled those contemporary social issues in the guise of a big-budget superhero film.

X2 explores Logan’s past hinting at his origins up north in the Weapon X program. But Wolverine’s not the only member of X-Men to grow in the sequel. In this ensemble piece, we learn more about Xavier, Jean Grey, Cyclops, Magneto and Mystique. And like The Avengers and Captain America: Civil War, it’s a balancing act that succeeds on every front. X2 also set up a cliffhanger that could taken the franchise to the next level. But, we all know how that all turned out.

What are your favorite films from the X-Men universe? Sound off down below.

'Logan' Slices and Dices Alongside Best of X-Men Films It's been a few weeks to fully absorb Logan. For many fans of Hugh Jackman and the Wolverine character, it was an emotional goodbye. We've been alongside Jackman's iteration for near...
0
Average User Rating
0 votes
Please sign in to rate.