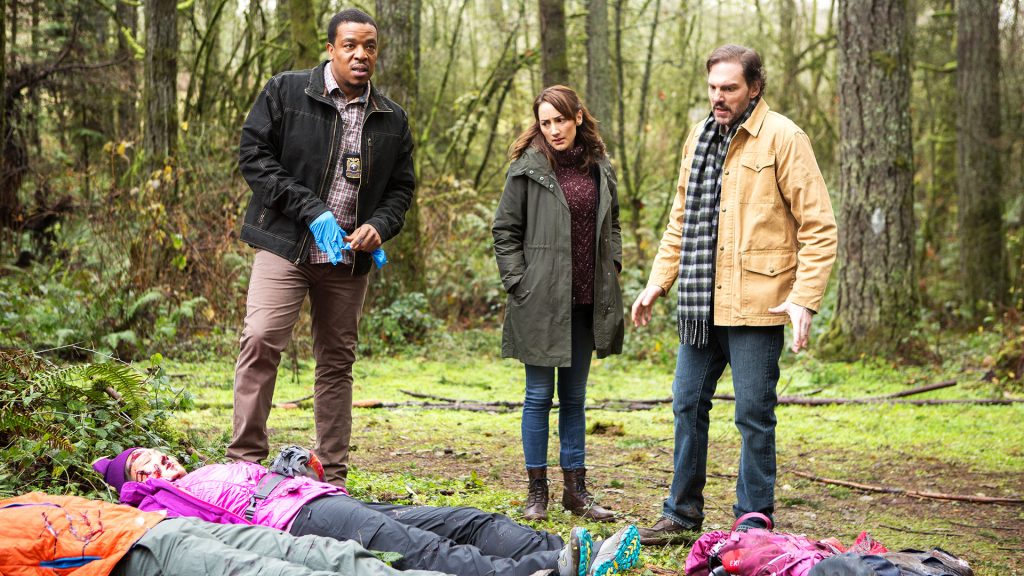 Nick does some more exploring of the tunnels and sees that they go even further. He can’t investigate now, but knows the stick is safe in a box down there. We need a better name than “stick.” 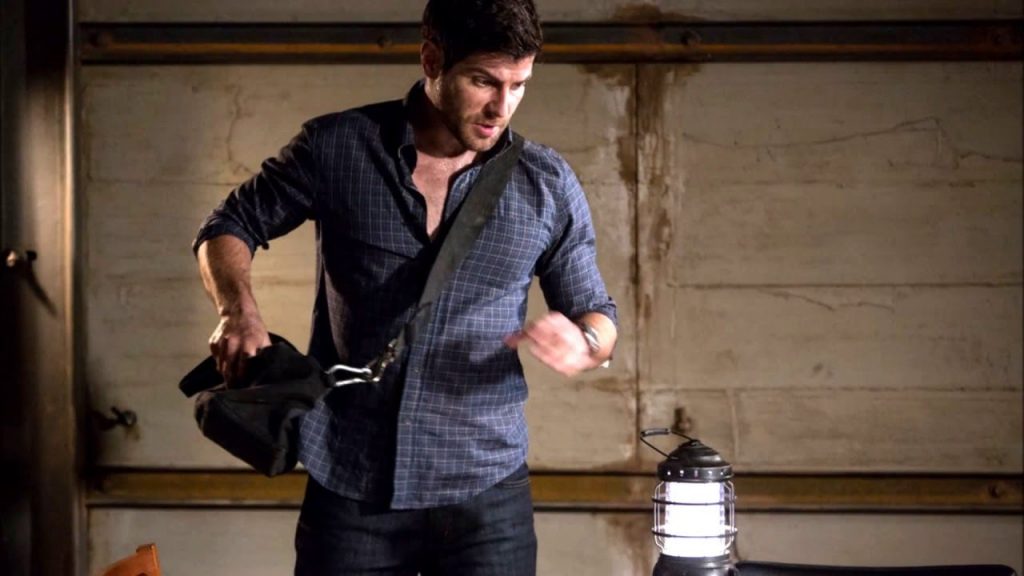 Doyle Baske, a successful business man is heading toward his mother’s house and gets into a car crash. As he comes to and sees that the sun is setting, he panics and rushes into the woods. He hears a man and woman but the sun sets and they end up dead.

Renard is being a sneaky little thing, which is ironic because Renard means fox in French, just FYI! He asks Adalind to meet him in the morning. 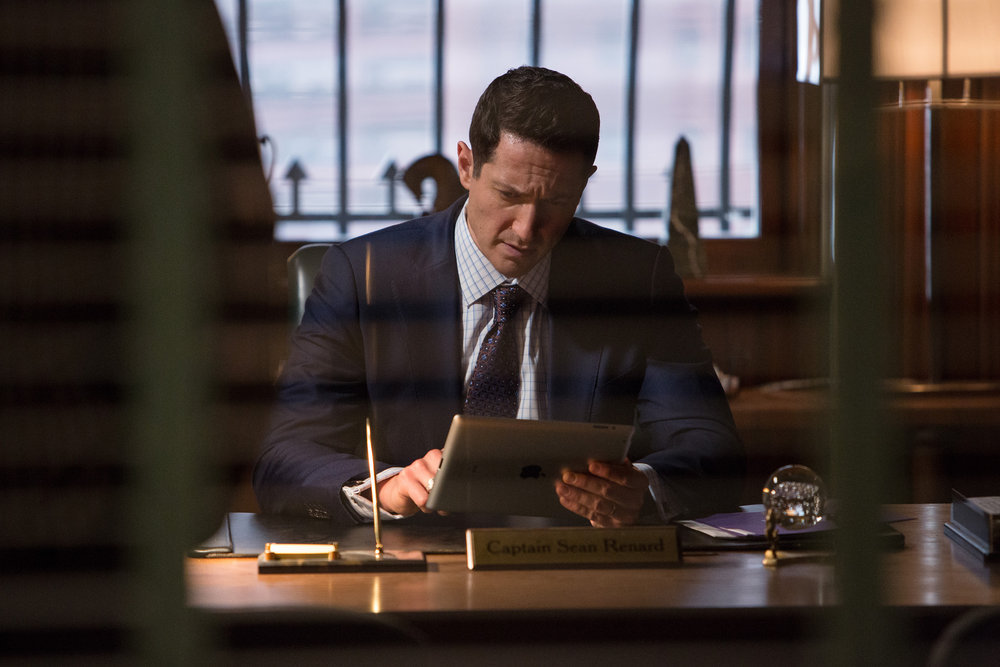 Nick, Hank and Wu are called to the area where Doyle is found laying in the middle of the street covered in blood. Doyle is insistent that he is fine and has to get to his mother’s house. Nick and Hank offer to give him a ride. They arrive at Doyle’s mom’s house. They are both acting strangely. They test the blood and determine that it is human, not dog as Doyle had said. Nick gets Monroe and Rosalee to help sniff out the scent of where Doyle may have been. They discover the bodies of two hikers whose bodies have been mangled.

Adalind agrees and meets with Renard where he meets Kelly for the first time. Renard tells her that they may have a way to get back Diana. Her powers show and Renard asks if Nick knows she has her powers again. Renard tells her that he wouldn’t want anything to happen to her and of course Adalind replies threateningly that she wouldn’t want anything to happen to him either.

Eve sneaks into Rachel’s house and takes a picture of the campaign poster of Renard and sneaks right back out.

Monroe and Rosalee say the smell is like a Blutbaden but not totally. They determine at the spice shop that it is a Lycanthrope, the origin of the werewolf story, which only manifests during a full moon.

Meanwhile Nick and Hank go get Doyle and try to keep him in the precinct. They decide to lock him away so they can watch him turn into a Lycanthrope to prove he is one.

While Doyle is in holding, Eve tells Nick she needs to see him and Hank in the parking garage. She shows them the poster of Renard and that it was shipped four days before the assassination. This then puts the group in the frame of mind of what did the Captain know and when.

They then return to find Doyle’s cell empty. Wu tells Nick that Doyle was bailed out a few minutes ago. They find Doyle before he can leave and put him in the interrogation room. Monroe points a crossbow at Doyle and he woges, but not into a Lycanthrope. They realize then that it is Doyle’s mom, Eliza who is the Lycanthrope. They race to get to her as she locks herself in a padded room and attempts to keep herself away from others. The group arrives too late and they try to find her in the woods. A fight ensues between her and Wu. Doyle comes to help and tries to reason with his mother but as she attacks him, the gang opens fire and kills her. 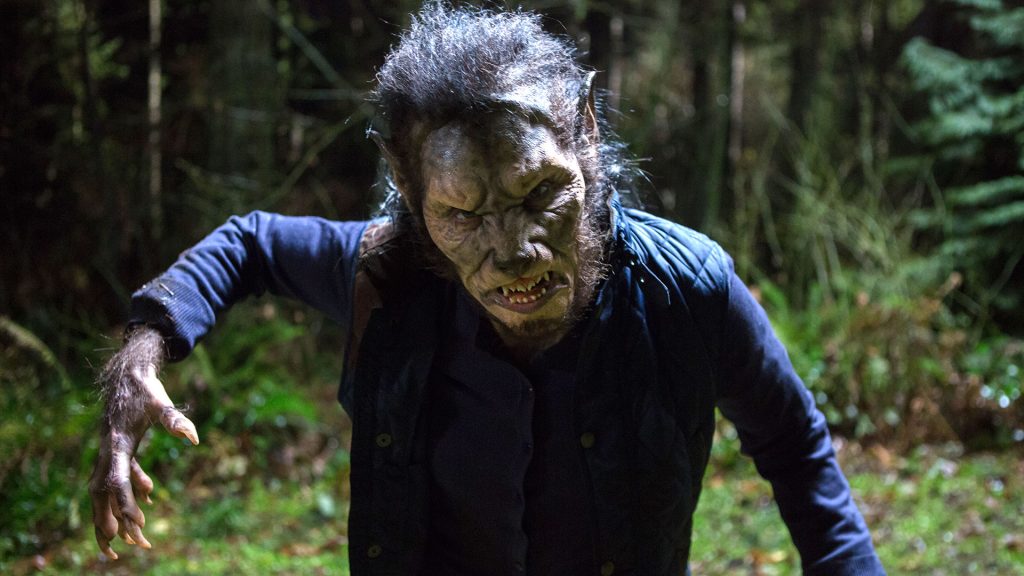 After the fight and Wu has returned home, he notices a scratch on his leg. Paying it no mind, he goes to bed. In the middle of the night, he begins to toss and turn while sweating under a full moon.

Poor Wu is always getting the crazy Wesen problems when he’s the newest to the crazy train. I am interested to see where they go with the tunnel and if it actually leads somewhere important. My guess is that it has some historical significance in Wesen lore. As for Nick and Adalind, who really knows where that’s going to go. I am a huge fan of them but I know there are many fans of the show who aren’t. I want to believe the Renard has good intentions with the whole Rachel thing, but who knows. He is part Royal and could be totally evil. Once again, I’m excited for the next episode!

Grimm: "Lycanthropia" Review Nick does some more exploring of the tunnels and sees that they go even further. He can’t investigate now, but knows the stick is safe in a box down there. We need a better name than "stick." Doyle B...
0
Average User Rating
0 votes
Please sign in to rate.