‘Attack of the Clones’ Continues to Polarize Fans Since 2002

May 16, 2002. For the first time in my life, I felt so underwhelmed going into a Star Wars film. Sam Raimi’s Spider-Man transformed into an overnight sensation, wowing critics and audiences alike two weeks prior. For the first time ever, this galaxy far, far away had played second fiddle to a promising franchise (until the abysmal Spider-Man 3). George Lucas’ iconic space opera had been a gleaming staple of summer blockbusters for 25 years. Yet, the hype surrounding Star Wars Episode II: Attack of the Clones was nothing compared to The Phantom Menace three years before.

Before May 1999, we couldn’t fathom how a clumsy menace by the name of Jar-Jar Binks or the concept of Midichlorians (essentially watering down the magic of the Force) could ignite so much hatred from fans and critics.No one can argue that there are positive takeaways from The Phantom Menace. Darth Maul and John Williams’ triumphant score (particularly “Duel of the Fates”) both stand out as the highest points in nearly 40 years of canon. And while some of the visuals may seem dated 18 years later, Lucas’ limitless imagination pushed the envelope back in 1999.

Before its May 16th release, I was fully aware what to expect from Attack of the Clones. It was a love story, a mystery and a prelude to the Clone Wars. That in itself we all had been waiting for since the original 1977 film. Based on the R A Salvatore novelization I had read weeks prior and John Williams’ haunting score, I anticipated a sequel that wasn’t quite on the same level as The Empire Strikes Back. Just repair some of the damage that The Phantom Menace made. Of course, that didn’t happen.

As the title suggests, I’ve been conflicted about Attack of the Clones. Yes, it pales in comparison to Lucas’ original trilogy. But give credit where it’s due. Some reviewers treat Clones with no redeeming qualities or shoot a 70-minute satirical review, nitpicking Clones to shreds. It’s quite an unfair analysis. To some, it might come as a shock there’s some good about Attack of the Clones. Believe me, there’s plenty of atrocities too, but there’s much worse out there.

After 15 years, we can all agree that Attack of the Clones is a technical achievement for its time. However, at the same time, the film lacks the heart to back up a fully-realized story. When I imagined Anakin Skywalker’s backstory after watching Return of the Jedi countless times, I wasn’t prepared for a whiny, bratty, socially-awkward, creepy teenager. Alright Obi-Wan, “He’s a good friend?” Maybe in The Clone Wars animated series. Not here. You can blame those Skywalker genes. Toshi Station and Crylo Ren temper tantrums ring a bell? At least Anakin in the first 30 minutes of Revenge of the Sith seems more on-point with what was imagined. 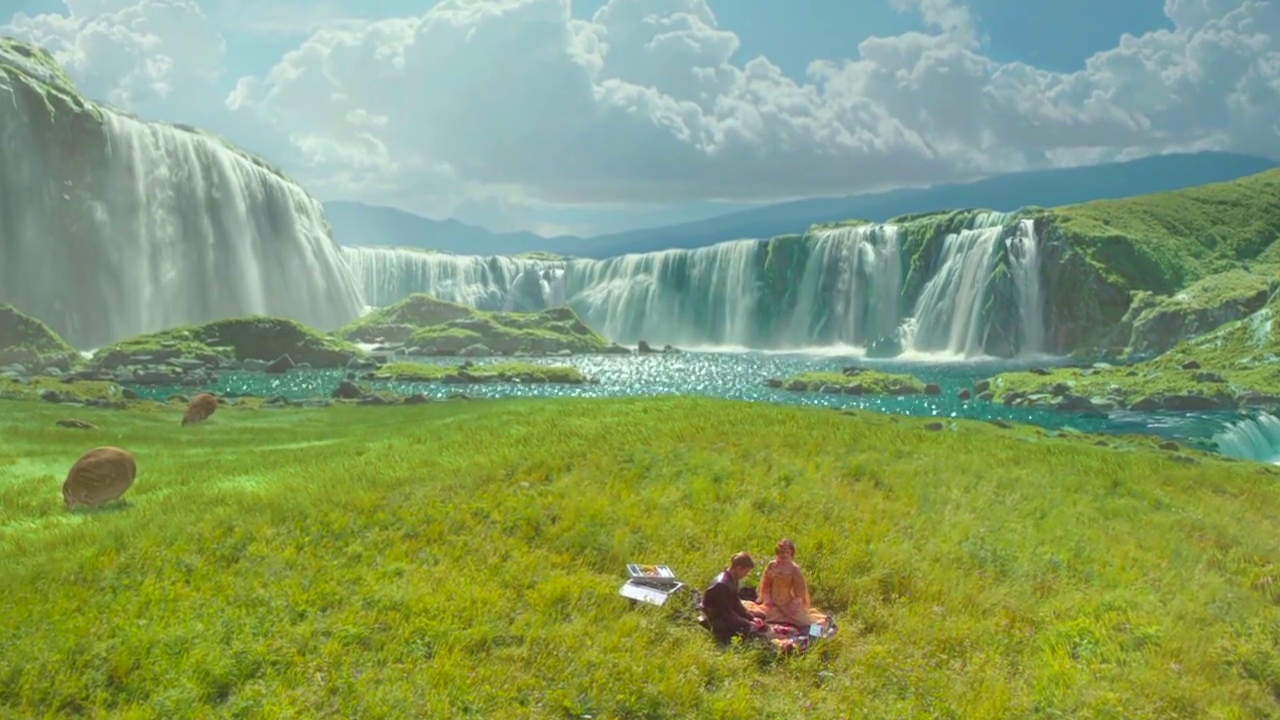 Lucas’ script and direction never really gave Hayden Christensen the tools needed to project a layered, more tragic Anakin Skywalker. Though who’s to blame in the long run? Feel free to watch a younger Christensen in the Goosebumps episode, “Night of the Living Dummy III?” How about that blossoming romance? Hey George, this isn’t Shakespeare. And yes, sand downright sucks. To be fair, given the upbringing of both Anakin and Padme, acting like a couple of weirdos on date night is par for the course.

Attack of the Clones isn’t your normal Star Wars film. While the original trilogy, The Force Awakens and Rogue One are “always on the move,” Attack of the Clones feels different. More than The Phantom Menace, there’s loads of sitting and walking. How about walking and talking? We have plenty of that too. While these scenes are tiresome, we’re in a different part of galaxy. Hotshot pilots have been replaced by monotone politicians, who change their elaborate ensemble on a whim. It’s Star Wars, but it’s not Star Wars.

So where does Attack of the Clones actually succeed? Even back in 1977, George Lucas had a stellar imagination. And while he was confined by technology of that time, Clones opened the flood gates of what could be brought to screen. The Phantom Menace barely scratched the surface of city planet, Coruscant. In Clones, we’re immersed into a Blade Runner-esque cityscape, diving into the underbelly of the galaxy’s political seat. I’ve also had a fascination for the haunting beautiful planet, Kamino. An isolated water planet, Kamino plays host to an entertaining fistfight in the rain between Obi-Wan Kenobi and bounty hunter, Jango Fett. Who needs “Crouching Tiger, Hidden Yoda” an hour later? And speaking of the climactic battle, the rock planet Geonosis pays much homage to the sword-and-sandal genre and visual effects genius, Ray Harryhausen.

And while Lucas receives plenty of flak for turning Star Wars into a sterile greenscreen sandbox to experiment in, the on-set location still stand out. Italy and Spain expand the beautiful world of Naboo, acting as the backdrop of this “love story.” And it’s always a joy to return to the old homestead in Tunisia. We knew from The Phantom Menace that Tatooine would play some sort of role in this second chapter.

Composer John Williams is at the top of his game with his Attack of the Clones score. While the romance isn’t as atrocious as say Bella and Edward from Twilight or Christian and Anastasia from Fifty Shades, it’s still a pretty awkward subplot. Williams softens his blow with his welcoming love theme, “Across the Stars.” I wish it was “City of Stars,” but let’s not go there. Williams’ mysterious themes are continuously threaded throughout, particularly during the speeder chase on Coruscant and investigation on Kamino. As yes, “Duel of the Fates” makes its triumphant return as Anakin races across the Tatooine dunes in search of his kidnapped mother.

Attack of the Clones isn’t exactly the first Star Wars film I’d pop in just to watch a Star Wars movie. I have the original, Empire and The Force Awakens for that. But never would I avoid it like the plague or turn it off halfway during the plodding romance. Visually beautiful with a mediocre narrative, Attack of the Clones just isn’t as bad as I remembered back in 2002.