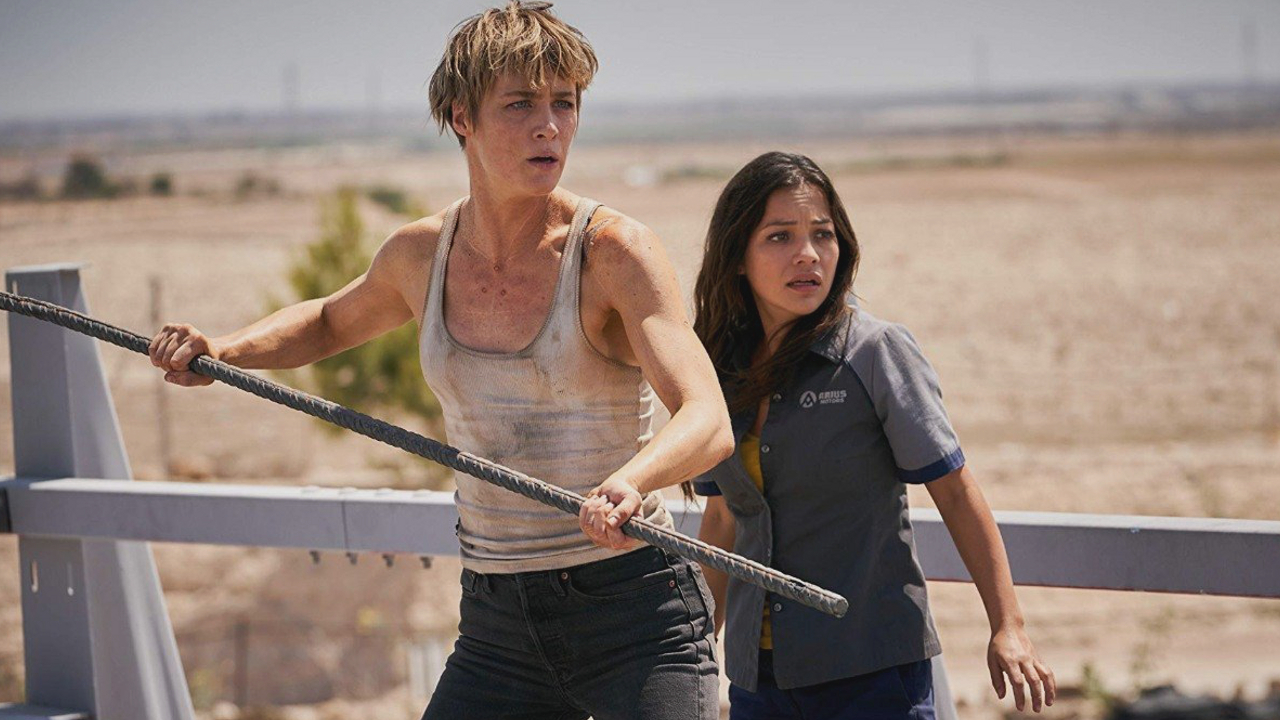 Over the past 35 years, the Terminator franchise suffered the same fate as Alien and its subsequent installments. Both franchises’ first two films remain genre masterpieces to this day. After Terminator 2: Judgment Day and creator James Cameron’s departure, the series never managed to capture the magic a third time. Terminator: Dark Fate marks the sixth chapter in the series. But in reality, it’s now the fourth and perhaps final opportunity since T2 to press the reset button. You almost need a scorecard to keep track (just like these muddled timelines).

After some controversial course correction, Terminator: Dark Fate picks up in 2020. Skynet is no longer a threat to humanity. But that doesn’t mean the future is finally saved. A new A.I. threat (this time it’s Legion) sends another advanced killing machine (Gabriel Luna) back through time. John Connor is no longer on the machine’s hit list. This time, factory worker Dani (Natalia Reyes) becomes the target. But in typical franchise fashion, a protector is also sent through time to thwart the relentless Terminator. Mackenzie Davis (Blade Runner 2049) steps into those shoes as Grace, an augmented human from 2042. Sarah Connor (Linda Hamilton) also resurfaces, despite dying of leukemia prior to Terminator 3: Rise of the Machines. How? To our knowledge, T3, Terminator: Salvation and Terminator: Genisys don’t even exist.

Admittedly, Terminator: Dark Fate is the same rinse and repeat narrative we’ve come to expect from the series. And despite its familiarity, this is the closest we’ve come to an adequate follow-up. After T2, the Terminator franchise has been the equivalent of a creative pinball machine. Minus Cameron’s involvement, there hasn’t exactly been a consistent vision for the series. It’s been boiled down to an endless cycle of stop, start and reset. Terminator: Dark Fate brings Cameron back as producer and Deadpool’s Tim Miller as director and there’s quite a difference in the sequel’s quality.

We’re not exactly in Blade Runner 2049, Star Wars: The Force Awakens or Halloween territory. However, Terminator: Dark Fate still pays adequate respect to the 1984 and 1991 masterpieces. Characters and plot points are grounded for the film’s majority. Though the final act excessively dials up the contemporary spectacle. That bigger is better (even if it gets a tad ludicrous) notion is always tempting, albeit less effective. Nevertheless, those shortcoming are balanced out here and there. Hamilton’s return as Sarah Connor was worth the 28-year wait. As the conflicted series veteran, she’s this film’s Harrison Ford or Jamie Lee Curtis. Despite a prickly first encounter with Grace and Dani, Sarah’s involvement in Terminator: Dark Fate evolves beyond two hours of fan service. Arnold Schwarzenegger finds himself back into the action fold midway through the film. This is one of the better iterations of the Schwarzenegger’s T-800. His signature dry humor remains intact, albeit toned down from the previous few films.

Terminator: Dark Fate certainly plays to nostalgia with countless references and the presence of Hamilton and Schwarzenegger. The newer elements, however, are derivative, yet serviceable. Davis and Reyes obviously fit the mold of previous characters, a little too on the nose. Though, the screenplay by David Goyer, Justin Rhodes and Billy Ray, manage to twist our expectations ever so slightly. The same goes for Luna’s Rev-9. He’s probably one of the less memorable adversaries in the Terminator universe, but there’s a few villainous tricks here and there. Outside of one or two pivotal scenes, Terminator: Dark Fate hits those formulaic notes once more. It’s still a step forward though

Ultimately, Terminator: Dark Fate does put the age-old franchise on a sufficient enough course correction. But even without any finality in the foreseeable future, its fate isn’t as bleak as it used to be. As Sarah said in T2, “The unknown future rolls toward us. I face it, for the first time, with a sense of hope.” That is if Miller and Cameron can build upon the positives from this latest chapter with the inevitable Terminator 7. There’s absolutely no need to smack that reset button a fifth time. 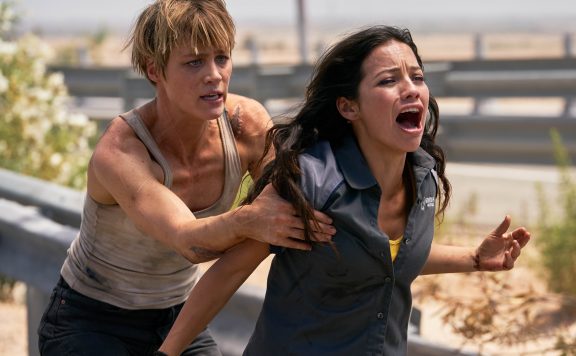 Natalia Reyes on Terminator: Dark Fate, working with Tim Miller, and the future of Latino Characters in Hollywood
October 31, 2019