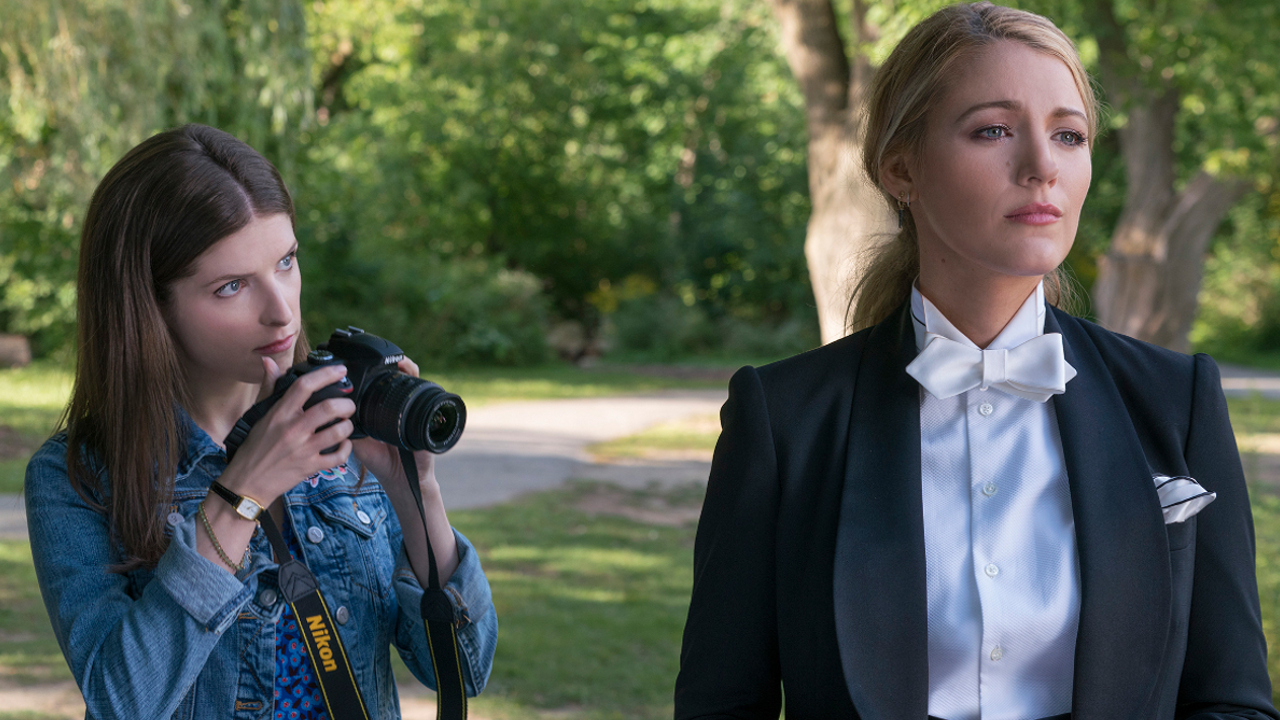 Since his 2011 breakout film, Bridesmaids, we’ve had a general sense of what to expect from director Paul Feig. With a sharp eye for smart comedy, Feig’s strengthened his reputation with the likes of 2013’s The Heat and 2015’s Spy. Even the female-led Ghostbusters from 2016 was fairly acceptable fare, for the most part. Feig’s latest film, A Simple Favor is perhaps his boldest to date, venturing outside the comedic box into what’s been hinted as drastically darker territory.

Based on Darcey Bell’s 2017 novel of the same name, A Simple Favor follows Stephanie (Anna Kendrick), a bubbly mommy vlogger who overachieves in cooking and crafts. Stephanie begins to associate with Emily (Blake Lively), an enigmatic PR director with an affinity for an afternoon martini or two. Opposites truly do attract, albeit initially bonded by the friendship of their two sons. Emily asks Stephanie for “a simple favor” to babysit her son while she’s on business to Miami. After a few days, Emily fails to return to town, subverting our narrative assumptions into a murder mystery with a light Gillian Flynn twist.

It’s hard to gauge where Feig is drawing the line in the sand between making A Simple Favor a black comedy or teetering into dramatic grounds. Stephanie turns on a dime from cheery homemaker to being seduced by Emily’s luxurious lifestyle. Then all while she’s playing detective, wondering what actually happened to Emily. Part of that is treated as fantasy, albeit in a endearing neo-noir fashion. Kendrick appears to be relishing the pulpiness of A Simple Favor, digging into a fun Nancy Drew role this side of Pitch Perfect. If A Simple Favor was a full-fledged drama, Kendrick could’ve pulled off the seedier material as well. The end result might not be as rewarding though.

Jessica Sharzer’s screenplay aims to deliver the twists and turns in A Simple Favor without an entirely messy result. For the most part, the Nerve screenwriter tackles the adaptation nicely, relying on an audiences that will come along for the ride as their own personal detective. It takes a while for the mystery to command Sharzer’s script. Once it does, broad strokes of Hitchcock and Flynn emerge midway through the film. While difficult to duplicate successfully, one surely should commend the effort for contorting a new identity. Feig keeps A Simple Favor stylish and playful, yet engaging for close to two hours.

While she’s not allotted much screen time, Blake Lively offers one of the career highlights as the mysterious Emily. Surrounded by luxury, Lively develops her as a person you would not want to be friends with. Sure, she has it all – a successful career, fine clothes and a house that should be featured in some sort of magazine. That doesn’t excuse her from her cold persona as both wife and mother. Don’t expect any “Mom of the Year” or “Wife of the Year” trophies racking up in the near future. You almost have to feel sorry for her husband, Sean (Crazy Rich Asians’ Henry Golding) for getting caught up with her. The same goes for Kendrick’s Stephanie, who portrays more of a live-in maid than best friend early on in the film. For Lively though, it’s a delicious supporting role that rank up there with her work in The Town and The Shallows. The former Gossip Girl star feels right at home here.

A Simple Favor is one of the most unexpected delights emerging out of 2018. While the film savors its fair share of deep, dark secrets, one just has to wonder what Paul Feig’s secret is to break out of that comedic comfort zone so seamlessly. 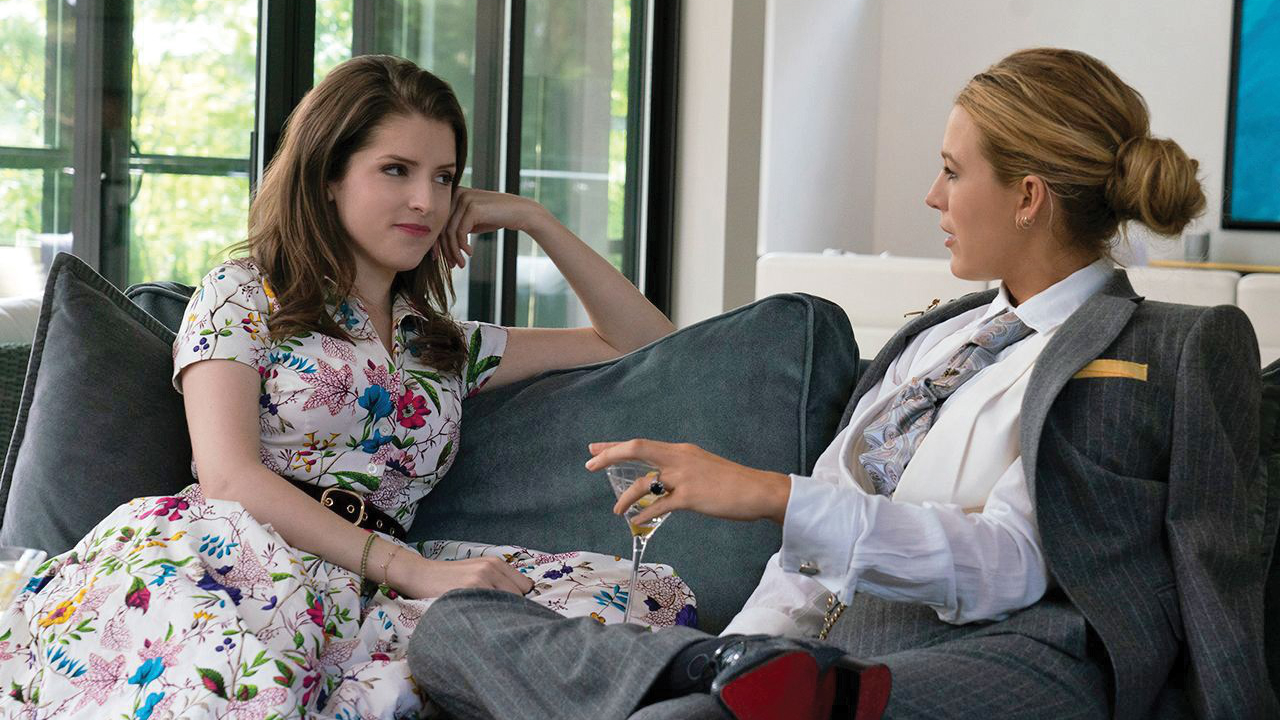 The 2160p 4K UHD version of A Simple Favor looks wonderful, ever focusing on the little details and color accuracy. Clothing, skin tones and environment are well balanced. Even Stephanie’s vlogs on YouTube are offered a certain level of acceptable detail as they pop in and out of the film. The 1080p Blu-ray is just as good for that specific format minus the 4K’s HDR. Lionsgate rendered this thriller quite nicely.

Audio options for A Simple Favor include Dolby Vision, English 7.1 Dolby TrueHD as well as Spanish 5.1 Dolby Digital Audio. English Descriptive Audio and Spanish subtitles are also available. Predominantly a clear track throughout, A Simple Favor isn’t offered many opportunities to go beyond simple dialogue exchanges. There’s some subtle clinking of martini glasses and some road noise later in the film, but nothing defined by big-budget immersion. A Simple Favor is a quieter film that acceptably handles its undertones.

Lionsgate Home Entertainment offers an abundance of supplements for the 4K UHD release of A Simple Favor. There are three separate commentary tracks to listen to. The first is solely from director Paul Feig. The second consists of Feig and actors Anna Kendrick and Blake Lively. The third includes Feig and select crew members involved in the film. There’s about 10 minutes worth of deleted scenes, a gag reel and a flash mob sequence to watch. In addition, there’s nearly an hour’s worth of featurettes broken up into eight different topics. Lionsgate certain went to exceptional lengths here.