Doctor Strange takes Marvel movies to the next level and bodes very well for Phase III. It really exemplifies how the MCU builds on the foundation it established. Doctor Strange stands on the shoulders of The Avengers but also says it’s time to go deeper. Wong (Benedict Wong) even says The Avengers defend the physical world. Doctor Strange (Benedict Cumberbatch) will defend the metaphysical one but take a step back. A world where all the superheroes team up to defend the world wasn’t an easy sell either. They had to lay that groundwork to get here. 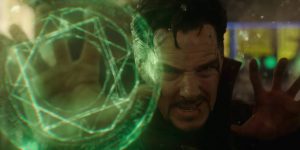 When audiences have seen it all, you have to engage us multi-dimensionally. There are a lot of levels of reality and Doctor Strange manages to keep it all straight so that we understand how he’s manipulating the realms when it all comes together. Each realm, from the mirror dimension to the astral dimension, could have a whole movie but each one really only gets one scene in this movie. That leaves a lot of room for the Doctor Strange franchise to explore in sequels!

Doctor Strange fulfills the promise The Matrix set out 17 1/2 years ago: martial arts in an otherworldly context. All Hollywood did after The Matrix was use wirework and gratuitous bullet time for a few years. Doctor Strange actually warps dimensions for its own purpose. We also get to see Scott Adkins do a little martial arts with magically conjured weapons. 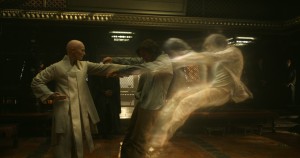 I got a very Labyrinthy feeling watching Doctor Strange, something I didn’t think would be possible with visual effects. The same way every scene in Labyrinth was some sort of twist on reality with its own internal logic, Doctor Strange folds and kaleidoscopes and manipulates time in ways that makes its own sense. Strange’s first trip into the astral dimension has a visual with hands which I think would’ve made Jim Henson smile. Sure, the Escher-y visuals helped with that reference, but if you can make me feel like that without puppets, I’ll take it! 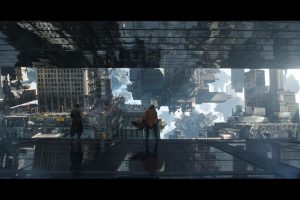 The great thing about the visual effects is we know that these effects have to be constructed digitally, but they feel tangible. Even the rolling, oozing city streets feel like you could walk on them if you bend that way. It never feels like actors on a green screen. Instead it feels like the characters are brought into this other dimension, rather than something added around them.

One of the realms in Doctor Strange is the hardcore medical drama. The opening scenes showing Strange’s egotistical skills are as compelling as any Golden Age episode of ER. When his hands are damaged in an accident, the graphic depiction of his injuries is really harrowing. When Cumberbatch plays the shakes, it’s damn uncomfortable. The lesson is: don’t text medical X-rays and drive. 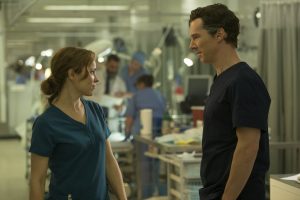 Strange is also a relentless A-hole during his recovery. You could say he’s in the Tony Stark model of Marvel heroes but even less using wit to defuse his volatility. Dr. Strange is challenging the notion of likability as much as any Marvel hero ever has, and emerges at the end of the film stronger for it.

The cloak gives a lot of comic relief and there’s a sense of fun in Strange’s training. Once he learns some skills he uses them for a little playful mischief. One script convenience is that a character just tells Strange where to go next but I trust that’s how he found Kamar-Taj in the original comics too.

Doctor Strange has made me a Doctor Strange fan. I had no idea the depth of concepts that existed in his stories. I’m going to read some Dr. Strange comics, which is perhaps the best compliment a Marvel movie could get, although making a billion dollars probably feels pretty good too. 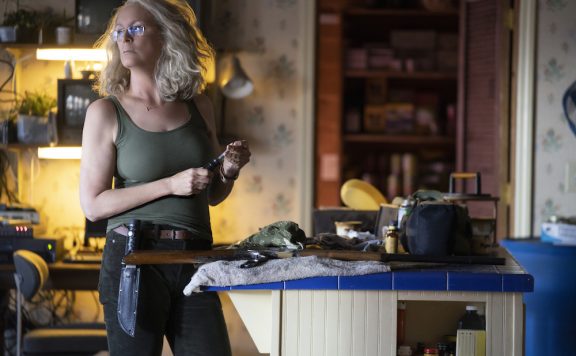 Doctor Strange takes Marvel movies to the next level and bodes very well for Phase III. It really exemplifies how the MCU builds on the foundation it established. Doctor Strange stands on the shoulders of The Avengers but also says it’s tim...
0
Average User Rating
0 votes
Please sign in to rate.