For the week of February 7th, Fox Home Entertainment is continuing its vibrant party at home with its animated hit, Trolls. For viewers looking another animated option, Warner Bros. Home Entertainment will be debuting Justice League Dark this Tuesday. The latest DC animated film enters new territory, bringing in the Hellblazer himself, John Constantine. Independent favorites, Loving and The Eagle Huntress will also be available.

Before Disney’s Moana and Illumination’s Sing cleaned house over the holidays, DreamWorks’ Trolls was the talk of the animated circuit in early November. Loosely based on the collectible dolls, Trolls tells an original story about two trolls on a mission from evil outsiders, who want to eat them. Justin Timberlake stars as the lead troll, Branch. Joining him is Anna Kendrick, taking on the role of Princess Poppy.

Trolls was both a critical and financial success. The film opened to $45.6 million, just behind Marvel’s Doctor Strange for its debut. Wrapping up its run around $152 million, Trolls is one of the most successful films from DreamWorks Animation in recent years. Reviews were moderately glowing as well. In her review, Ashley Menzel said Trolls is “a fun film that will have you singing and dancing your way out of the theater.” The animated film has also been nominated for Best Original Song at the Academy Awards for “Cant Stop the Feeling!”

Fox Home Entertainment will be releasing Trolls in various formats and retailer exclusives this Tuesday. There will be Blu-ray and 4K UHD combo packs available, called “Party Editions.” Both Best Buy and Target will be selling the animated film in exclusive packaging. For more information about this release, check out this press release. 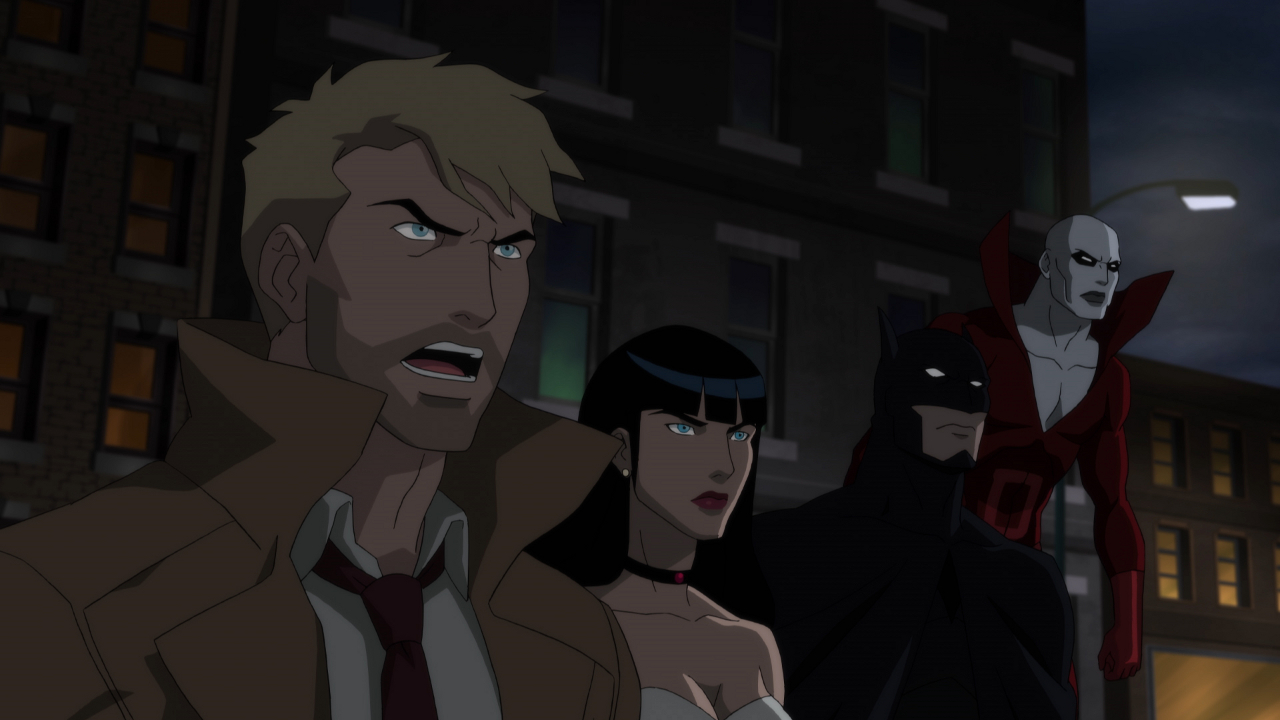 Justice League Dark is only the second DC animated film to receive an R rating. The first was last summer’s highly controversial Batman: The Killing Joke. Like many recent DC releases, Justice League Dark will be available as various exclusives. The standard release will be a Blu-ray, DVD, Digital HD combo pack. Target continues its line of exclusive steelbooks. Best Buy, however, is offering an exclusive graphic novel. Some sets will also include a limited edition figure of John Constantine.

For those looking to catch up on the lesser-known Oscar nominees, Universal Home Entertainment will be releasing Loving this Tuesday. This historical drama examines an interracial couple in 1967 Virginia and the ramifications it has on the legal system. Joel Edgerton and Academy Award nominee, Ruth Negga star as Richard and Mildred Loving respectively. This is also director Jeff Nichols’ second film of 2016. His sci-fi film, Midnight Special also received critical acclaim. Universal will be releasing the film as a Blu-ray, DVD, Digital HD combo pack.

Last up for the week is documentary, The Eagle Huntress from Sony Home Entertainment. Daisy Ridley (Star Wars: The Last Jedi) narrates this story of 13-year-old Aisholpan, as she journeys to become the first female eagle hunter of Mongolia. Sony will be releasing the film as a single Blu-ray disc.