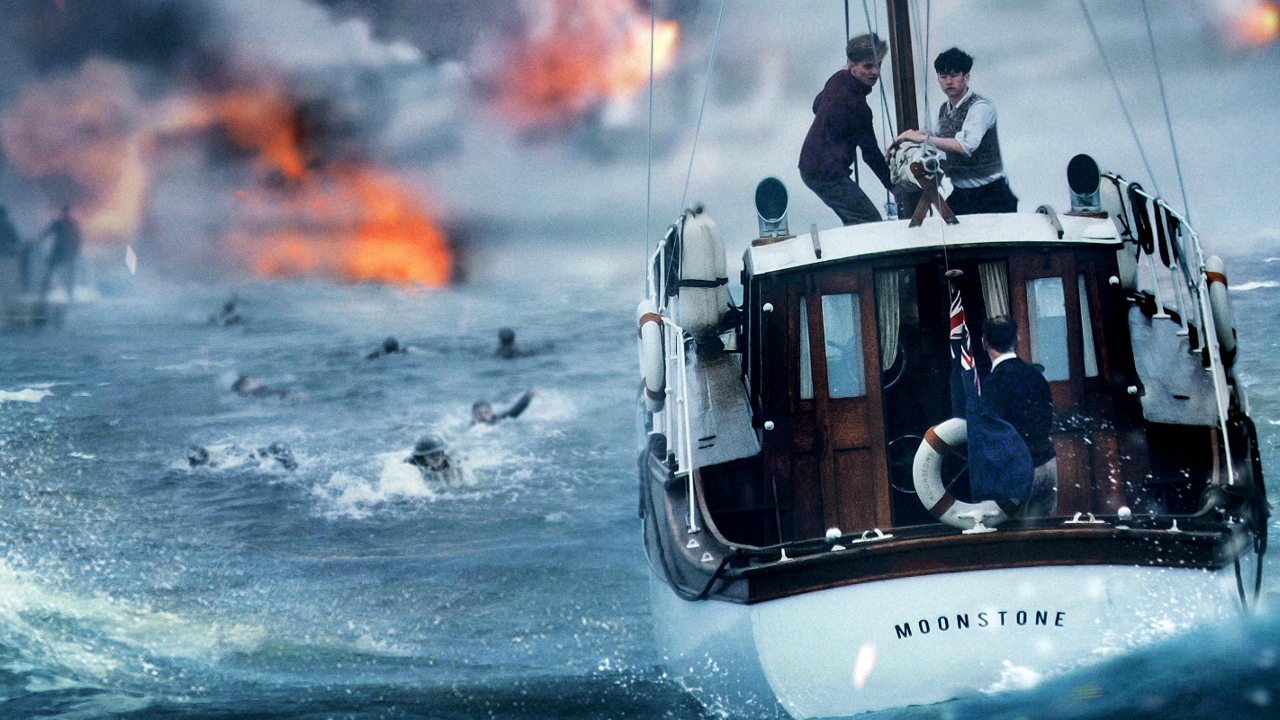 ‘Dunkirk’ is an Early Awards Contender for Nolan, War Drama

For nearly 20 years, Christopher Nolan has been one of the leading and game-changing filmmakers in Hollywood. With films such as Memento, The Dark Knight and Inception under his belt, a Nolan film has quickly become an event unto itself. With his latest drama, Dunkirk, that mindset doesn’t strip away the true meat of the narrative, which is clearly making waves as not your ordinary war epic.

Deep in the crossfire of World War II, Dunkirk concerns itself with the pivotal 1940 evacuation of the northern beaches of France. Following the Battle of Dunkirk, 400,000 Allied soldiers were cut off from support, leaving them vulnerable in a most dire war zone. Nolan breaks down the chaos into three parts. The land campaign is referred to as “The Mole: One Week. The situation tests the ground soldiers in a life or death scenario to reach boats and escape the beaches. We follow Tommy (Fionnn Whitehead), Alex (Harry Styles) and Gibson (Aneurin Barnard) as well as the commanding officers portrayed by Kenneth Branagh and James D’Arcy.

The second campaign weaved into the story is much shorter. “The Sea: One Day.” A civilian mariner named Mr. Dawson (Mark Rylance) takes his son (Tom Glynn-Carney) and his friend George (Barry Keoghan) into the heart of battle to rescue the trapped soldiers. The Royal Navy has been commandeering civilian boats for the mission. However, Dawson takes the initiative to enter the warfare without a military presence on his ship. Along the way, they rescue a shell-shocked unnamed soldier (Cillian Murphy), who is resistant to return to the battle. The third and final campaign focuses up in the sky. Titled “The Air: One Hour,” two pilots, Collins (Jack Lowden) and Farrier (Tom Hardy), do their best to keep enemy planes from targeted the troops on the ground.

Nolan tackles Dunkirk with such raw intensity that it’s like no war film we’ve seen in years. If you’re looking for character arcs or development, Dunkirk is not the place. Mel Gibson’s critically-acclaimed Hacksaw Ridge from last year is a finer example of a streamlined war epic centered around a single character. With Dunkirk, we follow roughly ten main characters on all three fronts. However, there’s no real time for these characters to provide expository background. It wouldn’t be as realistic when the warfare is relentless and courage and bravery are put to the test.

Timing might throw some audiences for a loop as the various campaigns play out in different amounts of time. The transition from day to night might turn on a dime, triggering audiences to remember Nolan’s non-linear structure. Nolan’s a master on the subject. Just watch Memento if you have any doubt. Regardless, the editing is slick and focused without a moment to breathe. This isn’t a war film with 90 minutes of build-up followed by a climactic battle. From scene one, Dunkirk always finds itself deep in the moment. Nolan concentrates more on how events play out rather than the characters.

From a technical standpoint, Nolan blows it out of the water once again. Interstellar cinematographer Hoyte van Hoytema depicts the emotional intensity like no other in recent memory. And the fact that Nolan utilized an extensive use of practical effects and thousands of extra is a testament that the old ways of film making still have such a lasting impact. Nolan have proven himself before with his cinematic innovations in Inception and Interstellar. With Dunkirk, it’s equally impressive, albeit a different sort of visual bliss. Additionally, Dunkirk demands to be seen on the biggest screen possible. IMAX is a must.

Its short, 106 minute run time baffled fans of Nolan at first. There’s no question that Nolan prefers his expansive storytelling. Both The Dark Knight Rises and Interstellar clocked in at just under three hours. Yet when it came to Dunkirk, the shorter run time makes all the difference in the world. Dunkirk is essentially one gigantic sequence with a refreshingly minimalistic screenplay. Anything more would’ve felt more exhausting and overstayed its welcome. Thankfully that’s not the case.

Admittedly, Dunkirk is one of those remarkable films that doesn’t urge repeat viewings at the drop of a hat. Yes, it’s technically sound and a cinematic achievement, but it reminds me of Alfonso Cuaron’s Gravity. We have ourselves a non-stop film centered around a single situation where the traditional three-act structure is non sequitur. That doesn’t take away from the accomplishment Nolan has achieved.

Dunkirk is a resilient spectacle that ultimately changes the game of the war genre. Any feelings out exhaustion afterwards are rewarding having experienced a master class in film making.