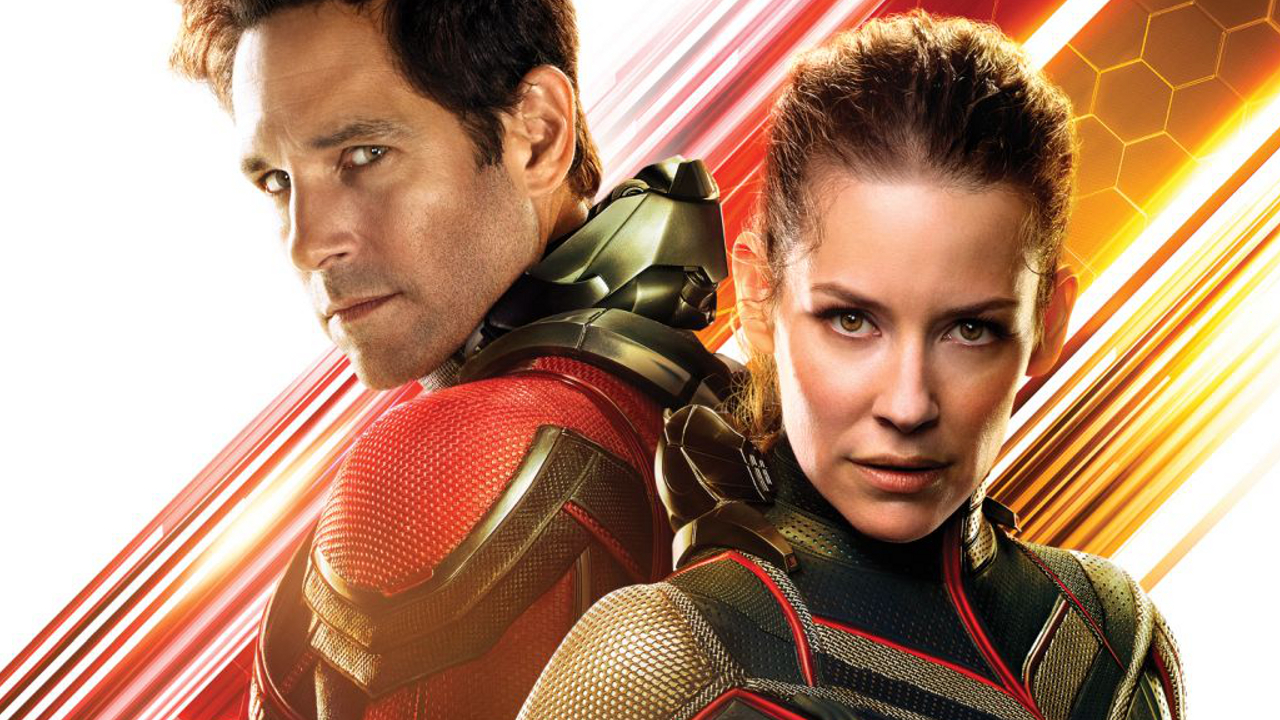 It’s difficult being the next film in the Marvel Cinematic Universe immediately following both Black Panther and Avengers: Infinity War. Black Panther was undeniably both a cultural and critical phenomenon. Infinity War, however, triggered audiences with a momentous cliffhanger, cruelly left unresolved until Avengers 4 in 2019. For Round 20 of the MCU, Ant-Man and the Wasp has no interest in a “go big or go home” mindset. Then again, Marvel’s smallest hero has no problem making his own mark.

Two years have passed since the event of Captain America: Civil War. As a result of the Team Iron Man vs. Team Cap showdown in Germany, Scott Lang (Paul Rudd) has been placed under house arrest. Between entertaining his daughter Cassie (Abby Ryder Fortson) via imaginary cardboard box adventures and rocking out with his giant helper ants, Ant-Man has lacked the superhero opportunities as of late. One of the key questions out of Infinity War was the whereabouts of Ant-Man.

Ant-Man and the Wasp responds fully, expanding on the small plot teases from the 2015 film. Despite his current situation, Scott is recruited by old friends Hank Pym (Michael Douglas) and his daughter Hope (Evangeline Lilly) for an interdimensional rescue mission. Pym wife, Janet (Michelle Pfeiffer) has been trapped in that dimension for 30 years. With Pym’s tech and Scott’s brief experience in that Quantum Realm, the trio put their strategy into motion.

The first film easily proved that fun, self-contained installments could still work this deep into the MCU. Not every Marvel film is expected, nor should be defined as a high stakes superhero slugfest. Ant-Man’s simple and refreshing heist caper holds it own as one of the more superior MCU films. Leaning towards the rescue mission angle, Ant-Man and the Wasp attempts to be equally bold in self-containment. Outside of the occasionally obligatory MCU jargon, Ant-Man and the Wasp strictly focuses on the mission at hand and its near two-hour game of cat-and-mouse.

Like the title, Rudd equally shares the superhero stage with Lilly’s Hope this time around. Hope has taken up her mother’s mantle as Ant-Man’s counterpart, Wasp. Add wings and blasters and Wasp might even have a more decked out super suit than Ant-Man himself. Rudd remains pivotal, playing to his comedic strength as the lovable ex-con. Unfortunately, there’s not as much growth for his character in the sequel. Opportunities continue to pass over as the script holds on more to size gags and the Pym family dynamics. Hopefully a third film or Avengers 4 will flesh out more conflict for Rudd’s character.

Director Peyton Reed plays more into the hand of humor once again. Michael Peña steals the show two films in a row as the fast-talking ex-con Luis. His mile-a-minute monologues continue to upstage any other attempts at humor. Even the charming novelty of enlarging Hello Kittty Pez dispensers and salt and pepper shakers end up playing as backup comedy moments.

A majority of Ant-Man and the Wasp is either planning or chasing. Scope is reeled in, with a car chase sequence in San Francisco acting as perhaps the film’s ultimate set piece. Size happens to carry over to the villain department as well. The enigmatic Ghost (Hannah John-Kamen) is a low-key antagonist caught up in the fold. She treated more troubled than menacing. Sleazy businessman Sonny Burch (Walton Goggins) is also a thorn in our heroes’ side, vying for Pym’s covetous tech. With Ghost and Burch constantly on their tails, Ant-Man and the Wasp lacks the overblown third-act showdown that’s become synonymous with the genre. Marvel’s toyed with smaller finale options before, most notably Doctor Strange’s otherworldly confrontation with the space demon Dormammu. Here, the results fall slightly short.

Ant-Man and the Wasp gladly embraces the fun and quirkiness of its techie, insect-loving crew. After the last two films, it’s the small diversion we need before stakes become even greater in the 2019 Marvel slate. 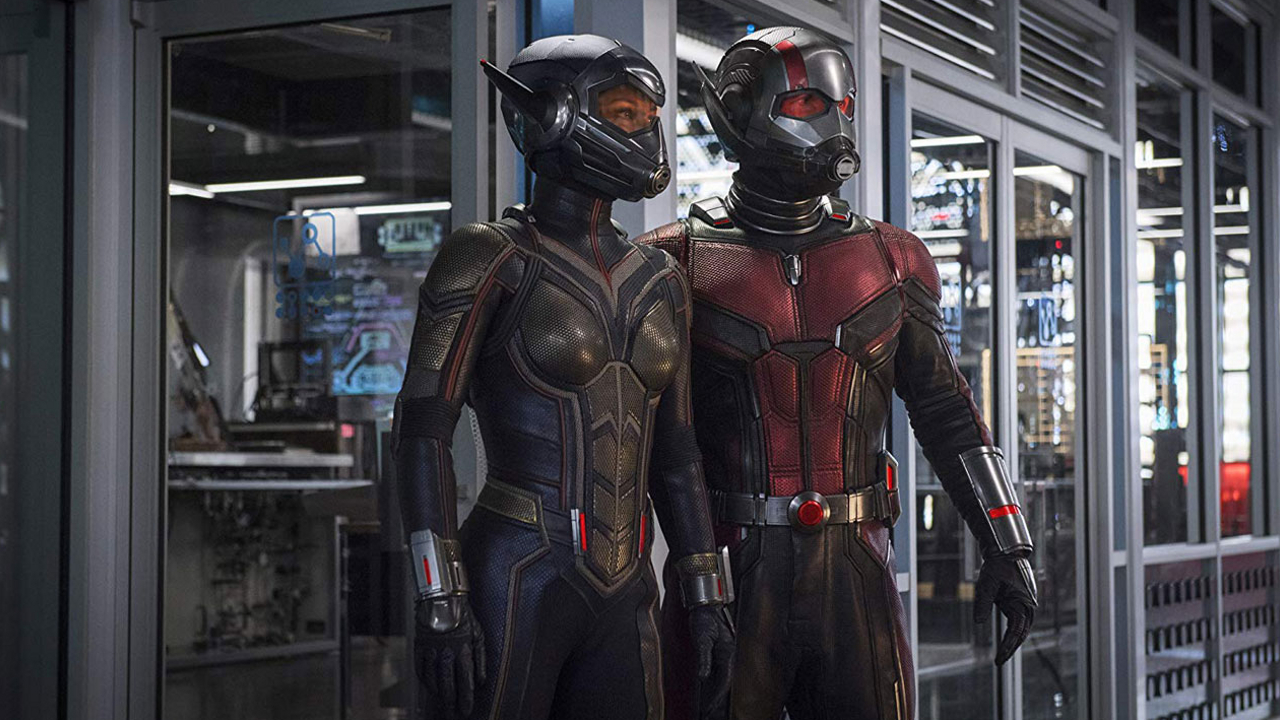 Buena Vista Home Entertainment delivers another well-balanced 4K UHD transfer for Ant-Man and the Wasp. Once again, the 2160p transfer doesn’t pop quite as much as the 1080p Blu-ray disc, but feels more natural in the process. Facial tones and clothing are detailed with increased precision. Vivid colors are mostly highlighted during the brief trip to the Quantum Realm and throughout the signature credits sequence, depicting the various characters as figurines.

The 4K UHD disc of Ant-Man and the Wasp offers various audio options. That includes: English Dolby Atmos and 2.0 Descriptive Audio, Spanish 7.1 Dolby Digital Plus and French 5.1 Dolby Digital Language tracks. The Blu-ray disc offers options of English 7.1 DTS-HDMA and 2.0 Descriptive Audio as well as both Spanish and French 5.1 Dolby Digital Language tracks. That’s been a common thread for MCU releases and Ant-Man and the Wasp is equally as welcoming in the audio department. Sound is well distributed throughout the film. Audio cues of fluttering wings, gunfire and Ghost’s phasing are all represented rather nicely. Dialogue is clear and crisp as well.

Ant-Man and the Wasp lacks supplemental material on its 4K UHD disc. Like recent MCU combo packs, the Blu-ray houses an acceptable range of extras, albeit slightly less comprehensive than the Black Panther or Avengers: Infinity War releases. There’s roughly 20 minutes worth of featurettes on the disc. Those include: Back in the Ant Suit: Scott Lang, A Suit of Her Own: The Wasp and Subatomic Super Heroes: Hank & Janet. There’s also Quantum Perspective, which explores the VFX and production design. Viewers also have the option to watch deleted scenes plus a gag reel. Any hints at next year’s Captain Marvel or Avengers 4 remain absent in additional content.