Episode two of Reservation Dogs is just as messy as the original entry, with half the pilot’s laughs.  In the episode entitled “NDN Clinic,” Bear is jumped by the white gang called the NDN Mafia.  Supposedly, the gang is upset that the Reservation Dogs have been pulling off bigger heists than they have.  As a result of their anger, they jump Bear and force him to be seen at the clinic.  The rest of his friends are outside of the clinic selling meat pies.

This episode stands out for all the wrong reasons.  Bear isn’t really a fully fleshed-out character.  He continually acts like he wants to be the leader of the group for the Reservation Dogs but does nothing to actually lead his group of friends.  Everything funny about this show comes from the side characters of this group.  The rapping hip-hop twins are absolutely hysterical.  The cop who is continually moments away from discovering that the Reservation Dogs are behind the crimes inside the town is hilarious, even if the tension isn’t nail-biting.

The best character of the episode is the sarcastic doctor who treats Bear and Elora.  Bear’s interactions are great because none of his conversations actually involve Bear’s condition after being beaten up.  His conversations entirely involve seeing whether Bear’s mom is single.  For Elora, all he does is chastise her for her eating habits. 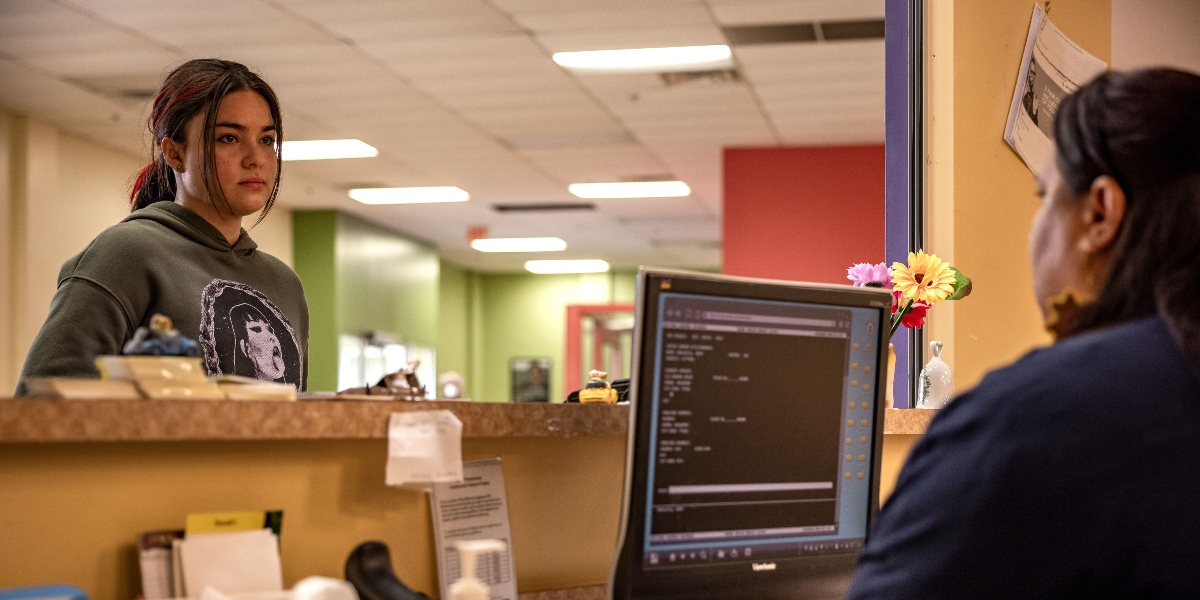 I was annoyed to see the vision quest Indian again. It seems as though that character is built to be both contemporary and a piece of the past at the same time.  Neither personality trait does much to really guide Bear toward becoming a mature human being.  This again makes me question what the purpose of the dream sequences involving him is.

I’m going to be honest, I don’t exactly know where this show was going because the writers aren’t giving the story any clear direction.  The episodes feel like a series of short films all involving the same characters with no through-line.  I can give a series a pass during their pilot because they are developing the world these characters inhabit but at least give them things to strive for as individuals.  Without that, this show feels like a waste of time.

The best way to give this series life is to give the characters a goal beyond just moving to California.  What would Bear or Elora do with their lives once they achieved that goal?  These questions deserve solid answers that the writers seem to pleasure in leaving unanswered, and if they keep this up, audiences will leave as well.