Who doesn’t want to see Dwayne Johnson kick ass with a giant gorilla by his side? Johnson’s upcoming actioner Rampage looks like it could be a ton of popcorn fun, even if it is based on the popular ’80s video game.

As it stands now, most movies based on video games have failed miserably. You can maybe count on one hand the films that were a success, such as the original Resident Evil (sequels, no) or maybe the horror film Silent Hill, but for the most part, many of the big-screen adaptations have never been able to capitalize on the popularity of the games.

The story is a big part of the problem – or lack thereof. The video games themselves don’t care about having some kind of compelling narrative because they don’t have to; it’s a game and all the players want to do is blow stuff up. The films, however, should have a story, but they’ve somehow not been able to fully embrace that concept. Why the studios keep trying is a mystery to me.

Rampage might be an exception. The story follows primatologist Davis Okoye (Johnson), who raises a silverback gorilla named George from a young age, teaching the animal sign language and bonding with him. The trailer even shows George pulling a joke on a newbie (Jack Quaid) to the research team. Funny ape. 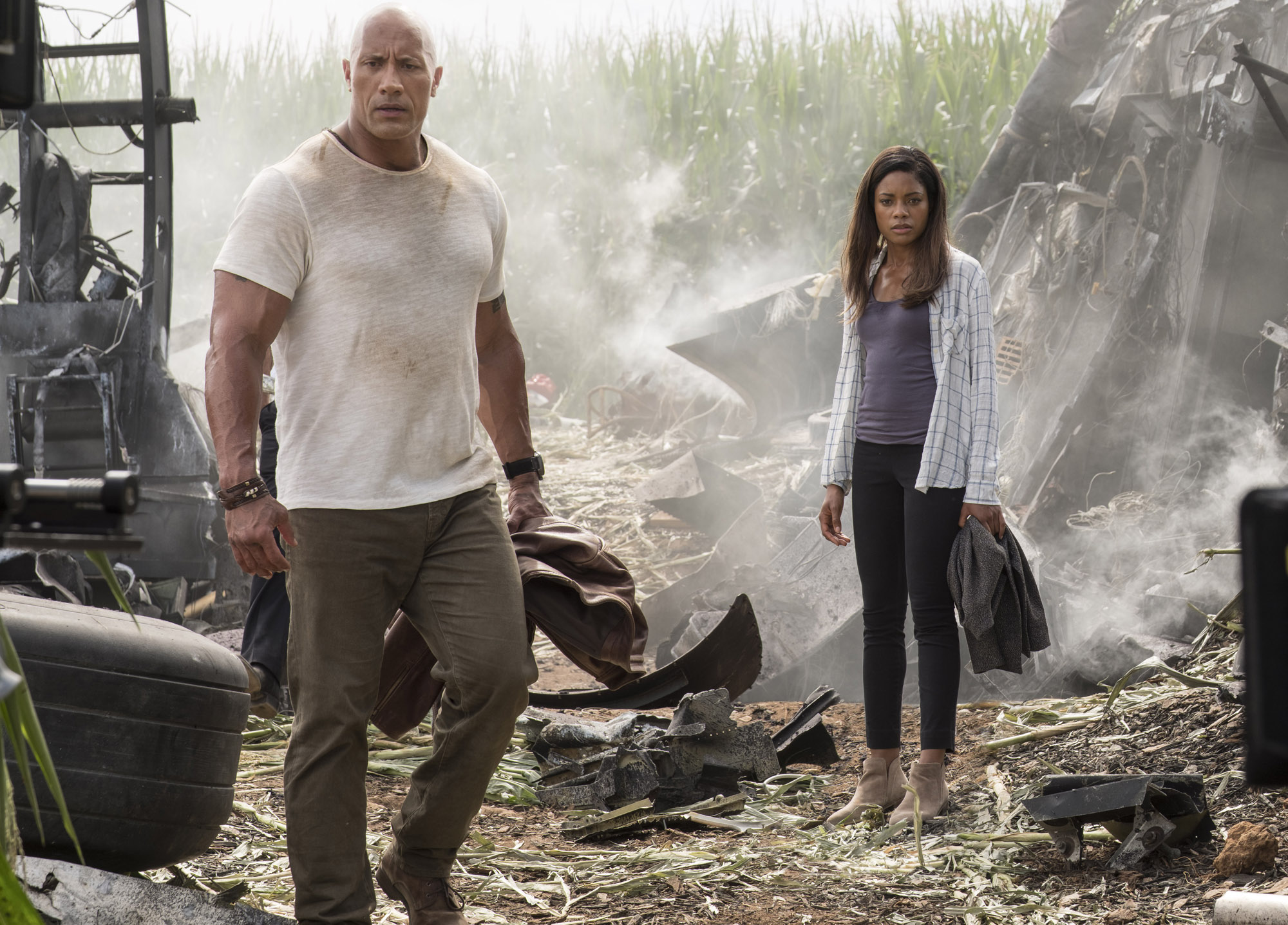 When a rogue genetic experiment goes wrong (and when have they ever gone right?), it causes George to grow to a monstrous size, along with other animals like a wolf and a crocodile. As the mutated beasts begin to destroy everything in their path, Okoye, with his pal George, teams up with a discredited genetic engineer (Naomie Harris) to try and find an antidote and stop a global catastrophe. It also stars Malin Akerman, Jake Lacy, Joe Manganiello, and Jeffrey Dean Morgan, and is directed by Brad Peyton, who helmed Johnson’s surprise hit San Andreas.

I’m totally game (get it?) for Rampage, aren’t you? Watch the trailer above!

The Rock is probably the hardest working guy in the biz, besides Johnson’s buddy, Kevin Hart. This isn’t the only action flick of Johnson’s coming out this year. He’s also starring in Skyscraper (out in July), which looks like a cross between The Towering Inferno and Die Hard – and maybe not as much fun as Rampage, which roars into theaters April 20.

Trailer: Dwayne Johnson Goes on the 'Rampage' Who doesn't want to see Dwayne Johnson kick ass with a giant gorilla by his side? Johnson's upcoming actioner Rampage looks like it could be a ton of popcorn fun, even if it is based on the pop...
0
Average User Rating
0 votes
Please sign in to rate.
Cast:Dwayne Johnson, Jeffrey Dean Morgan, Malin Akerman, Naomie Harris
Director(s):Brad Peyton
Writer(s):Carlton Cuse, Ryan Engle
Genre:Action, Thriller